The world is changing, and while gasoline-powered vehicles will continue to roam the streets for decades to come, federal emissions targets and eco-friendly consumers are pushing auto manufacturers to innovate. The result is a rapidly growing number of new electric vehicles. And with new technology comes new designs, new features, and new challenges. So while EVs might be saddled by slow charge times, lower range, and higher curb weights than their gas counterparts, they also deliver instant torque and, in some cases, mind-boggling power. Though our love of the visceral, noise producing cars of today is not likely to fade, the variety of new EVs brought to market makes it easy to get excited about tomorrow.

This list includes every EV model sold in America, ranked by its EPA combined driving range—from the shortest to the longest. To keep things simple, we’ve only listed the longest-range version in each EV’s model lineup. We also included each vehicle’s base price and EPA MPGe rating, the EV equivalent of miles per gallon. Although we haven’t tested each of the longest-range models under our own EV highway range testing procedure, we’ve provided the data where possible. But it is driving range that tells you how practical an EV will be in daily use. Somewhere in this list might be the EV with the right range for you.

With a starting price of $30,750, the Mini Cooper Electric is one of the most-affordable ways to get into a new electric vehicle. While its EPA-estimated 114-mile range limits usability, we found the hatchback to be as fun and engaging as its gas-powered twin. With the 2022 model year came new standard equipment such as an 8.8-inch touchscreen infotainment display and a heated steering wheel along with minor exterior upgrades. According to Mini, fast charging allows the Mini Cooper Electric to charge to 80 percent in just 35 minutes while home charging will restore full power from empty in a respectable four hours.

The BMW i3 trades capability for style. In base trim, the extraterrestrial-looking hatchback is powered by electricity alone limiting its EPA-estimated range to 153 miles. The optional range extender, a small gasoline-powered motor, increases that to 200 miles but tacks on an additional $3850 to the base price. During testing, we were impressed by the i3’s complaint suspension and engaging dynamics as well as its 6.6-second acceleration to 60 mph.

The Hyundai Ioniq Electric doesn’t offer the range of its competitors, but it’s one of the cheaper EVs on the market with a starting price of $34,250. What that does buy you though is a 100,000-mile powertrain warranty, a modern infotainment system, a digital driver display, and DC fast charging capability. Power comes from a 134-hp motor driving the front wheels which, in our testing, pushed a 2020 model to 60 mph in a little over eight seconds.

New for 2021, the Volvo XC40 Recharge brings eco-friendly technology to the company’s quirky small SUV. The XC40 Recharge is available in just one trim level which has a starting price of just over $55,000. Standard equipment includes Google’s new Android Automotive infotainment software, adaptive cruise control, and automated emergency braking. Volvo claims the XC40 Recharge will do zero-to-60 mph in just 4.7 seconds while estimated range sits at just over 200 miles.

Available as either an SUV or Sportback, the Audi e-tron delivers typical Audi refinement in a gas-free package. Power comes from two electric motors which, when working in conjunction, spit out 355 horsepower and 414 pound-feet of torque. During testing, the e-tron shot to 60 mph in the low five-second range. Speaking of range, our tester was only able to eke out 190 highway miles, 32 fewer than advertised, from full charge.

While the Leaf lacks the flash or impressive range of some other EVs, as one of the first mass-produced EVs sold in America, it was once a trailblazer. After 11 years, the Nissan Leaf, with its $32,620 base price, continues to offer eco-friendly transportation to those with modest commutes and modest budgets. Of the five available trim levels, we’d choose the S Plus. Not only does it offer the most range (226 miles), but it also comes with a more-powerful 214-hp motor.

The Porsche Taycan is one of the few EVs on the market that really moves like a sports car. In testing, our Turbo S hit 60 mph in just 2.4 seconds and pulled .99 g on the skidpad. Those are numbers that border on hypercar territory. All of this speed comes at a cost though. The aforementioned Turbo S starts at $186,350. The more frugal among us, however, can still enjoy the perks of Porsche’s excellent EV. Entry pricing for a base model is a somewhat-more-accessible $81,250. Range on the Taycan varies, depending on trim level, with the 4S and optional Battery Plus package achieving the highest figure.

Polestar enters 2021 as its own brand with its own all-electric lineup. Of the two models available, Polestar 1 and Polestar 2, the latter, a four-door hatchback, represents the more pragmatic offering with a $61,200 starting price. The Polestar 2’s thrust is delivered by a motor at each axle that combine to churn out a healthy 402 horsepower. We also found the Polestar 2’s large, 11.2-inch infotainment display especially appealing due to its use of Android Automotive OS, a new operating system which has native Google Maps support as well as a host of useful, EV-specific tools.

The I-Pace is Jaguar’s first shot at a slice of the EV market. We found the sporty crossover’s driving dynamics to be sharp and exciting despite its nearly 5000-pound curb weight. Responsible for moving that weight around is a motor at each axle which collectively put out 394 horsepower and 512 pound-feet of torque. The I-Pace’s interior houses aggressive seats, a sleek dashboard, and lots of technology. The only infotainment system available boasts a 10.0-inch touchscreen with Apple CarPlay and Android Auto.

Crossovers like the Kia Niro EV give us a glimpse into an EV-dominated future. Void of pomp and circumstance, the Niro EV is simply a people mover powered by electricity. Attached to its $40,265 base price is a 64.0-kWh battery that will provide a maximum EPA-estimated range of 239 miles, although our real-world testing returned just 180 miles. Unlike some of its competitors, the Niro EV sports a fairly conventional looking interior, although we found its second bit tighter than we’d prefer.

The Hyundai Kona Electric easily fits the classic Hyundai mold. It’s well-priced, well-designed, and has an advertised 258 miles of range. Of the three trim levels available, the mid-range Limited model, which starts at $43,185, offers the best value. We were impressed by the Kona Electric’s interior space, which is identical to that of the gas version, despite the addition of a sometimes space-robbing battery.

Chevrolet’s small electric hatchback gets a full revamp for the 2022 model year along with a nice $5500 price cut. The Chevy Bolt is available in two trim levels, the base model, called 1LT, now comes in at $31,995 while the 2LT starts at $35,195. The new Bolt EV’s single electric motor puts out 200 horsepower and 266 pound-feet of torque. A 10.2-inch touchscreen infotainment display is standard along with Android Auto, Apple CarPlay, and automatic high-beams.

The Volkswagen ID.4 is the beginning of VW’s push into electrification. Though current models are only available with rear-wheel drive, an all-wheel-drive option is expected later. Pricing for the ID.4 starts at $41,190, but our favorite of the three available trims is the middle child, named 1st Edition. We managed 190 miles in our real-world 75-mph range test, though it’s worth noting that came in near-freezing temperatures.

Ford occasionally makes interesting choices with the Mustang name. Unlike that Mustang, however, the Mach-E all-electric crossover makes plenty of power. Ford claims the Mach-E GT Performance Edition, due this fall, will put down 480 horsepower and go from zero to 60 mph in 3.5 seconds. The base model, called Select, starts at $43,995 but makes only 266 horsepower and charges slower than other trims. Those looking for maximum range will want the rear-wheel-drive California Route 1. In that trim, the Mach-E’s EPA-estimated of 305 miles is a 75-mile improvement over the base model.

The Rivian R1T is the only electric pickup with EPA numbers. For now. All-wheel drive is standard on R1T models, as well as three 110-volt outlets and an air compressor mounted inside the truck bed. The EPA-estimated range for the Launch Edition trim with the 135.0-kWh battery is 314 miles. That puts it near the top of the list for range, which is good news for folks looking to escape the concrete jungle. Rivian’s Adventure Charging network is still growing, but aims to bring DC-fast charging to more remote places.

The Rivian R1S shares the same powertrain as the R1T pickup, including standard all-wheel drive. Interestingly, the EPA gave it an extra two miles of range despite it performing worse than the R1T in terms of combined, city, and highway driving. The R1S that earned this 316 mile EPA-estimate also used the 135.0-kWh battery. Like the R1T, the R1s boasts over 800 horsepower for certain models. It’s range and off-roady vibe give it a leg-up on other fully-electric SUVs, like the Audi e-tron.

Tesla’s Model Y enters its second model year largely unchanged. With a starting price of $41,190, the EV, which shares most of its DNA with the Model 3, creates steep competition in the crossover space. During testing, we found that the stopwatch validated our butt dyno. Both the Long Range and Performance models laid down scorching zero-to-60 mph times doing the deed in 4.4 and 3.6 seconds respectively.

The Tesla Model 3, the rare proven quantity in the EV segment, has gotten better in 2021. The Model 3 Long Range has seen its range bumped to an impressive EPA-estimated 353 miles while the base model gets a bump from 250 to 263 miles. Those who need maximum utility will enjoy the Model 3’s large rear opening and flat-folding seats.

Don’t be fooled by the Model X’s optional third-row seating and friendly front facia. While Tesla’s electricity-fueled SUV can play the part of family van, it’s hiding a far more sinister secret. The entry-level Long Range model is equipped with a motor at each axle. Although Tesla claims this new Model X will have 670 horsepower, its claimed 3.8-second jump to 60 mph doesn’t back it up. We calculated something closer to 500 horsepower for combined output on a full charge. Step up to the Plaid trim, however, and you get an additional motor which, according to Tesla, makes a total of 1020 horsepower and drops the zero-to-60 time to just 2.5 seconds.

The Tesla Model S represents the bleeding-edge of EV technology. It mixes big range, practicality, and breath-taking performance into an attractive, albeit pricey, package. The base trim, Long Range, starts at $81,190 while the new Plaid + model, a car that Tesla claims makes 1020 horsepower, will go for nearly double that, but gets an EPA-estimated 348 miles or range with 21-inch wheels.

U.S. Has a Blueprint to Electrify Its Country Roads
2 mins ago 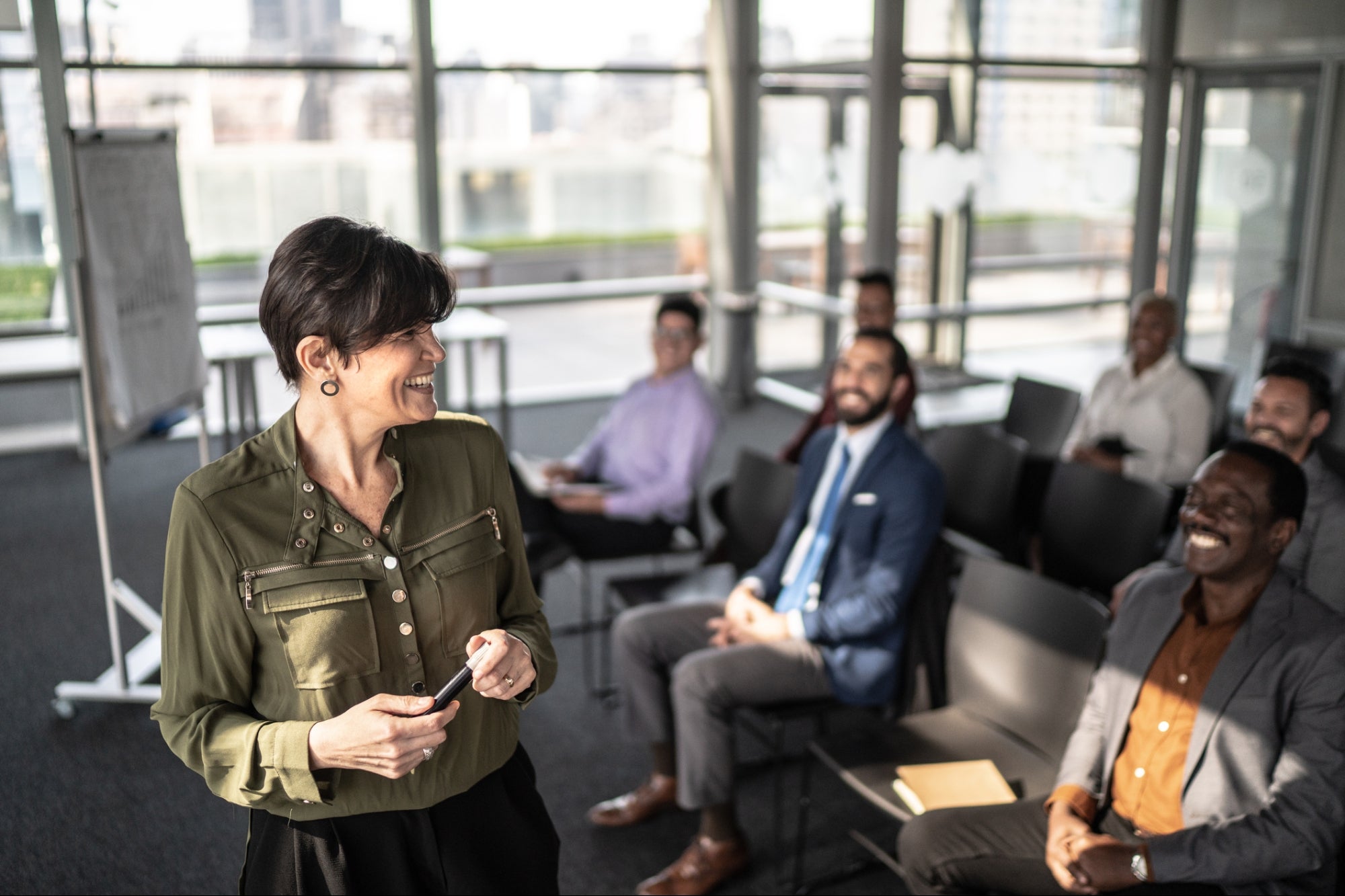 12 Great Morning Workouts to Kickstart Your Day
5 mins ago