Tupac Shakur was/is/will continue to be one of the most important writers, performers, and rappers in the history of the Universe. Needless to say, in his time, he was a big deal, and he made a great deal of money for his talents. As with most celebrities, he bought many expensive cars. However, unlike most celebrities, Tupac had great taste and rolled with class and style. One of his cars was this 1996 BMW 750iL that has been for sale for over three years, and no one seems to want it.

What car was Tupac killed in?

Unfortunately, the young mastermind was gunned down in 1996, ending his life and prolific career. As you may be already aware, Tupac’s BMW 7 series that’s for sale here is the car that he was shot and ultimately bled out in. That might explain why buyers aren’t lined up for this piece of the Don’s life.

Tupac’s BMW 750iL has since been cleaned and restored to its original state, as it was before the shooting. Aside from the grisly history of the car (if that is even possible to separate), the seller is offering Tupac’s BMW for $1.75 million. Between the shooting and the price, this car seemS to be a hard sell.

According to the seller, Celebrity Cars Las Vegas, not only was the BMW 750iL cleaned and restored, it even got a fresh paint job. However, it still features a small indentation where a bullet might have struck the car.

It is a pretty narrow field of people who would be interested in this sort of dark piece of memorabilia. According to CarBuzz, the car was initially valued at $2 million but asking $1.5 million. After not selling for two years, the owners raised the price to $1.75 million and still hasn’t sold. While I understand that individuals may not want to have such a dark artifact in their collection, I am surprised that a museum hasn’t grabbed it.

We don’t tend to think of BMW as making supercars, really. They tend to be more in the sports car category. However, Tupac’s BMW came from a time when slapping a 12-cylinder engine into a sedan wasn’t all that strange a concept.

The BMW 750iL had a 5.4-liter 12-cylinder engine and five-speed automatic transmission. Tupac’s BMW made 322 hp when it left the factory. Over the years, it has amassed over 120,000 miles making it a well-driven celebrity car, especially considering how little time Tupac had it. Of course, most of those miles weren’t driven by Tupac.

We love celebrity cars but not all of them

There is a big difference between buying Tom Hanks’ personal Airstream trailer and Tupac’s deathbed BMW. The money is only one small piece of the puzzle for why this thing remains unsold. $1.75 million gets spent on cars all the time. Granted, a 90s BMW is a bit of a stretch, but the cultural and artistic significance can cover the cost.

However, Tupac’s death sent waves of anger, sorrow, and heartbreak throughout our country and the world. Echoes of Tupac’s death can still be heard in our modern times in music, film, and poetry. Many people who loved Tupac enough to want to spend this kind of money on his memorabilia may not want a daily reminder of his tragic and needless death. See more pictures of Tupac’s BMW here. 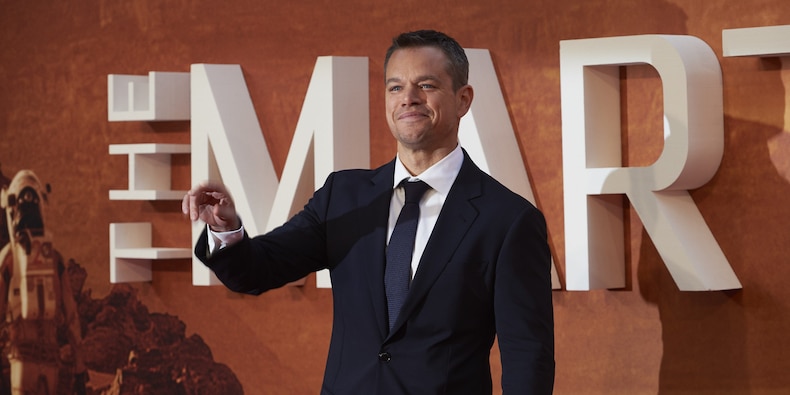 Crypto.com is launching an ad blitz spearheaded by Matt Damon as the platform tries to bring digital assets to customers in more than 20 countries
19 seconds ago

Gabrielle Union, 48, Sizzles In A Bikini As She Hits The Beach With Dwyane Wade — Photo
6 mins ago

Gabrielle Union, 48, Sizzles In A Bikini As She Hits The Beach With Dwyane Wade — Photo