The deadline for borrowers affected by the COVID-19 pandemic to request or extend a forbearance plan is June 30, which is also the end of a foreclosure moratorium on federally backed mortgages. As a result, analysts expect a potential surge of delinquencies in the fall. CFPB officials note that many of the borrowers currently in forbearance are more than 120 days late on their payments.

Under the new proposal, a lender or servicer could not immediately foreclose on a home once the forbearance period ends. The set of rule changes would institute a “special pre-foreclosure review period” that would generally block most servicers from initiating foreclosure proceedings until after Dec. 31. Servicers could offer simplified loan modification options to borrowers experiencing pandemic-related hardship.

Agency officials told reporters in a call that the impending end of many forbearance plans could put pressure on servicers trying to respond to the situation.

“We are at really an unusual point in history. I don’t think anybody has ever before seen this many mortgages in forbearance at one time that are expected to exit forbearance all at one time,” said Diane Thompson, a senior adviser to acting CFPB Director Dave Uejio. “This could put an enormous strain on servicer capacity.”

The proposed changes would apply to the entire mortgage market, senior CFPB officials said, and not just federally backed loans that have been subject to a foreclosure moratorium since last year.

“Our proposal would give struggling homeowners a critical lifeline while also ensuring mortgage servicers can do their work effectively,” Uejio said in the call with reporters. “Foreclosures can be devastating for homeowners, they lower property values in surrounding neighborhoods and they are expensive for servicers and investors alike. We are going to use everything in our toolbox to prevent avoidable foreclosures.”

If a loan modification were to include payment deferrals, servicers would not be able to charge any fees or accrue any interest on those payments, the CFPB said. Late fees and “stop payment fees” would also be waived.

At the end of a forbearance period, the proposal requires servicers to inform borrowers if they can extend their forbearance plan again and to detail to them their loss mitigation options. If finalized, those provisions would be in effect until Aug. 31, 2022.

Mortgage servicers dealing with less than 5,000 loans would generally be exempt from the rule.

Thompson said one of the reasons behind the CFPB’s proposal is that many of the borrowers currently in forbearance could otherwise be placed into foreclosure automatically once the forbearance period ends.

“I think it’s very important to make sure that servicers … are not moving people immediately from forbearance into foreclosure, but that they are in fact evaluating everyone for loss mitigation [and] for all options available so that there’s an opportunity for people who can’t save their homes to save their homes,” she said.

The CFPB is asking for public feedback on whether the Dec. 31 expiration date for the special pre-foreclosure review period is appropriate, and whether there are other steps the agency could take to better target that period. That could include allowing servicers to initiate foreclosure proceedings if the servicer has made certain steps to work with struggling borrowers, the agency said. Public comments are due May 10.

Last week, the CFPB issued a bulletin warning mortgage servicers of a surge in foreclosures this fall. The agency said it would “closely monitor how servicers engage with borrowers, respond to borrower requests and process applications for loss mitigation.” 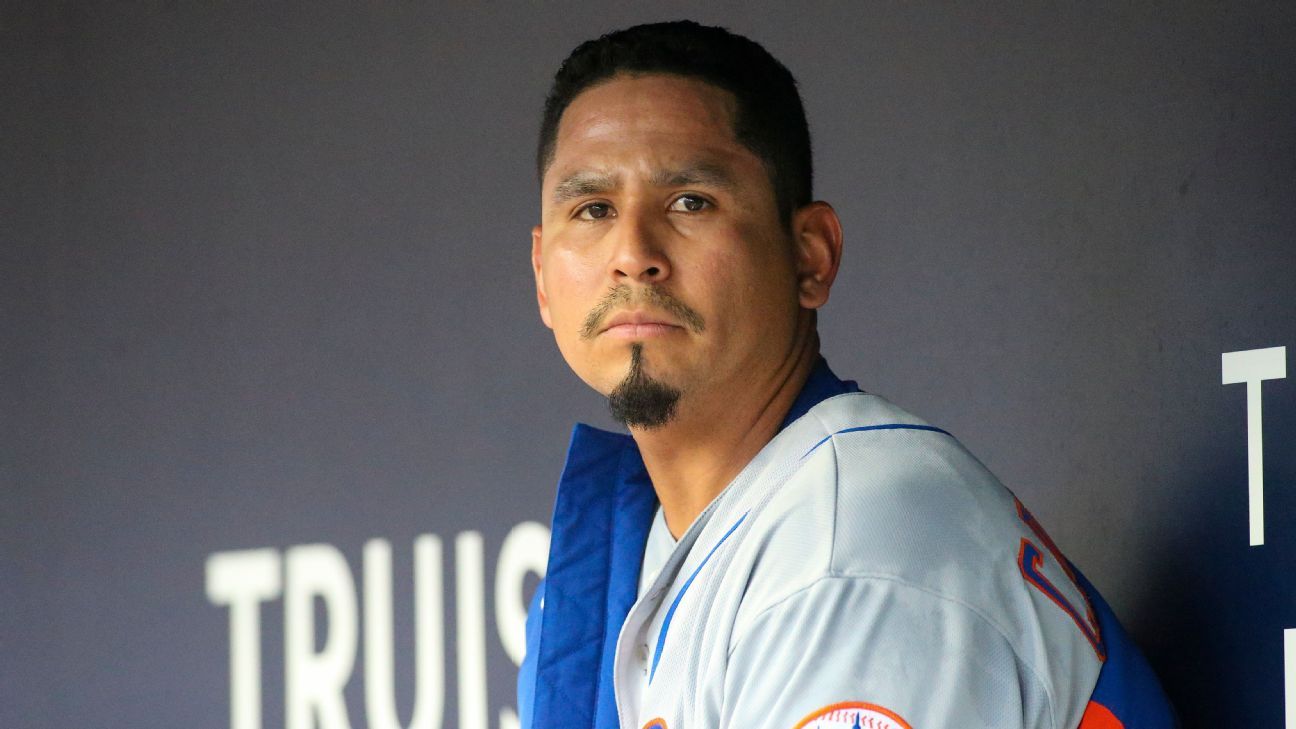 Mets’ Carrasco exits starts with tightness in side
9 mins ago

Mets’ Carrasco exits starts with tightness in side