The stock market’s uptrend came under pressure as the big indexes booked losses for the week. the Nasdaq composite cut back below its 50-day moving average. The S&P 500 held its 200-day line, actually setting up in a cup-with-handle base — providing a nice focal point for the coming week. Dow Jones stocks JPMorgan (JPM), Goldman Sachs (GS) and UnitedHealth Group (UNH) all help kick off the first-quarter reporting season. Delta Air Lines (DAL), CarMax (KMX) and BlackRock (BLK) also report. The IBD/TIPP Economic Optimism index for April provides another update on consumer confidence.

In the current market rally, growth stocks are struggling so investors should focus on areas that are holding up or showing strength. Raytheon Technologies (RTX), Shell (SHEL), CubeSmart (CUBE), Edwards Lifesciences (EW) and Horizon Therapeutics (HZNP) are all in bases and in or near a buy zone. All have peers that are showing similar strength. The defense, energy, medical and REIT sectors are among the market leaders right now. A six-day advance lifted Horizon into a buy zone above a handle buy point at 110.23. Shell was just attempting to clear a 56.23 flat base entry on Friday. CubeSmart reversed narrowly below its 54.16 handle entry. Edwards is rising in a cup base.

Leaderboard portfolio managers turned to raising some cash over the past week as the stock market’s uptrend came under pressure. After it dipped to around 16% over two weeks, cash levels are now back around 50%. New buys receive very tight scrutiny. Chipmaker Rambus (RMBS) started as a 5% (half-size) position, but was quickly trimmed to a quarter position, then dropped entirely as it dropped to short-term support, before its dive steepened. LPL Financial (LPLA) opened as a 5% position during a powerful breakout on Friday, giving the portfolio some exposure to financials as interest rates rise and earnings season swings into gear.

Big banks launch the first-quarter earnings season, with reports due during the week from money-center leaders JPMorgan, Wells Fargo (WFC) and Citigroup (C). Earnings are projected to drop sharply while revenue also comes in lower. The same is true for investment bankers, led by Goldman Sachs and Morgan Stanley (MS). FactSet projects an overall slowdown for S&P 500 companies to 4.7% earnings growth for the quarter, down from a 30.7% gain in Q4, and the slowest growth since a 3.8% rise in Q4 of 2020.

Also among the handful of Dow Jones stocks rolling out earnings, UnitedHealth Group reports on Thursday. Analysts call for a small rise in earnings and a 12% revenue gain. UnitedHealth shares jumped almost 7% in the past week, leaving them more than 9% above a double-bottom base buy point after a mid-March breakout.

Inflation data will be front and center this coming week, with the Labor Department releasing its consumer price index on Tuesday and its producer price index on Wednesday. Will there be any evidence that inflation is starting top out? Meanwhile, the IBD/TIPP Economic Optimism index for April will be released Tuesday morning, while the Commerce Department gives its March retail sales report on Thursday, amid signs that Americans are curbing big-ticket discretionary spending. On Friday, China will release first-quarter GDP data as well as March reports on retail sales, industrial production and investment.

Early Tuesday, CarMax is likely to disclose a 0.1% EPS decline to $1.27 despite a 45% sales jump to $7.499 billion. Same-store sales are seen declining 0.7% in Q4 after a 16% jump the prior quarter. Early Thursday, Ally Financial should see a 7% EPS drop to $1.95 on a 10% sales gain to $2.131 billion. CarMax, the nation’s No. 1 used car retailer, is seeing record-high used car prices and healthier inventories. Guidance will be key amid broad industry challenges, including strained auto supply chains, inflation and labor.

Delta Air Lines reports first-quarter earnings on Wednesday. Wall Street expects the carrier to lose $1.30 per share, according to FactSet, with revenue up 111% to $8.736 billion. The report from the carrier arrives amid a revival in travel demand, even as the pandemic makes for a bumpy road to recovery. Meanwhile, rising oil costs following Russia’s invasion of Ukraine have threatened the bottom line. Airline stocks are testing resistance at their 200-day moving averages.

Albertsons (ACI), the grocery-store operator, reports fourth-quarter earnings on Tuesday. Wall Street expects earnings of 64 cents per share, up 7%, on sales of $16.7 billion, a 7% increase. Albertsons stock is just below a high handle buy point at 38.09.

BlackRock, the investment-management giant, reports first-quarter earnings on Wednesday. Wall Street expects the company to earn $8.95 per share, a 15% gain, on revenue of $4.734 billion, up 8%. BlackRock shares fell harder than the overall stock market in the past week, cutting back below their 50-week moving average ahead of earnings.

Early Wednesday, Bed Bath & Beyond (BBBY) should report a 90% EPS plunge to four cents on a 21% revenue decline to $2.079 billion. Same-store sales are seen sliding 9%.

Infosys (INFY) reports fiscal fourth quarter earnings late April 13. For the India-based technology services company, analysts estimate EPS of 19 cents, up 18%, on revenue of $4.33 billion, up 23%, from a year earlier. Infosys shares are trading below a 25.22 handle buy point, but have been consolidating for the most part since August.

This Is The Ultimate Warren Buffett Stock, But Should You Buy It?

This Is The Ultimate Donald Trump Stock: Is DWAC A Buy 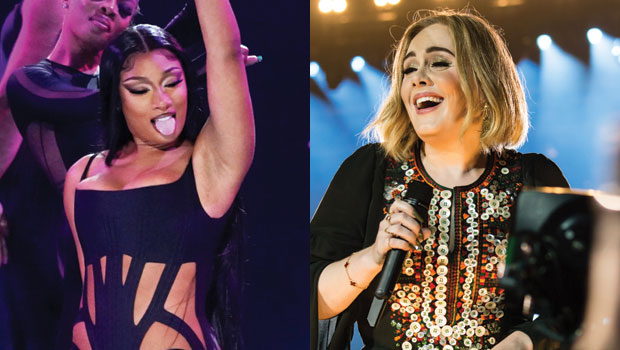 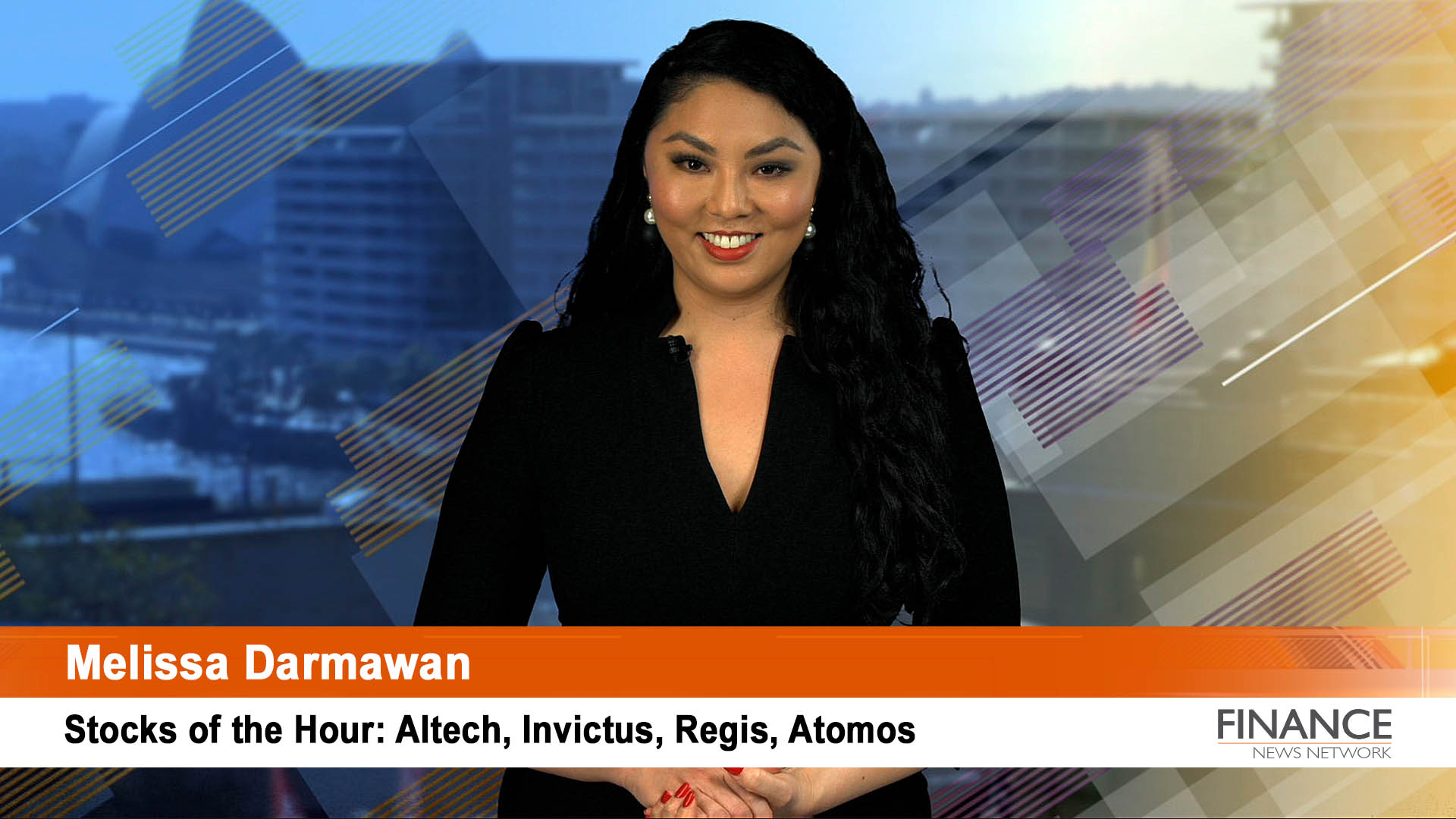 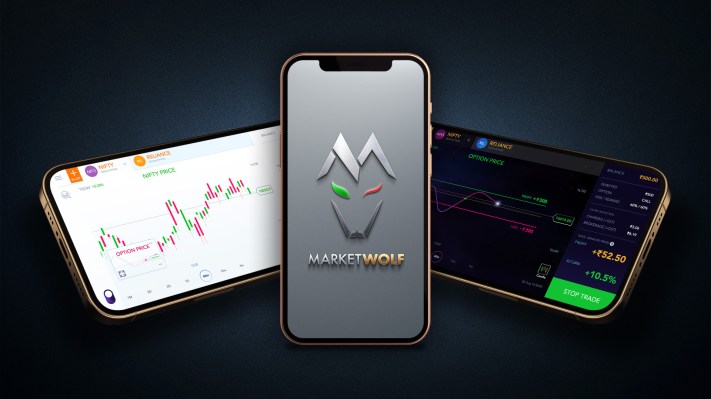