After prevailing the last time a Democrat was in the White House, small banks are again gearing up for a fight over overdraft fees, but the regulatory terrain now looks tougher.

Several forces are converging to threaten the income that small banks generate from overdrafts. Those factors include stepped-up pressure from Democrats in Congress, tougher talk from regulators and a recent wave of product changes at regional banks that will reduce their overdraft revenue and could put pressure on smaller competitors to follow suit.

“If you’re a community bank, the risk of overdraft reform has significantly increased,” said Ed Mills, Washington policy analyst at Raymond James, though he noted that any regulatory initiatives may take years to be completed.

Overdraft fee reform would likely affect banks of all sizes, but an analysis of publicly available data by American Banker suggests that small banks have the most to lose.

Banks with $10 billion or less in assets are generally more reliant on overdraft-related charges, which make up roughly 4.49% of their fee income, according to an analysis of disclosures by more than 500 banks. That is substantially above the 2.78% average among banks with assets over $10 billion.

Small banks tend to have more sway with Democratic officials than big banks, but the looming fight over overdraft fees will serve as a test of that clout.

The Independent Community Bankers of America, which represents small banks, said it is not aware of any regulatory efforts to revisit overdraft practices but urged regulators to “carefully consider any potential consequences that could negatively impact” bank customers’ ability to use overdraft options.

“Community banks are dedicated to the financial wellbeing of their customers and will continue to make every effort to accommodate their needs while remaining compliant with all regulatory guidelines and statutes,” Rhonda Whitley, vice president and regulatory counsel at the ICBA, said Monday in an emailed statement.

The last time overdraft fees were a major source of debate in Washington came during the Obama administration, when the Richard Cordray-led Consumer Financial Protection Bureau conducted wide-ranging studies of overdraft practices but opted against major actions.

Timing issues and the complexity of regulatory actions from a brand-new agency likely played a role in that decision, observers say. But the political complication of cracking down on overdrafts — given the ramifications for smaller banks — is also widely seen as a reason why the CFPB avoided taking action.

Camden Fine, who lobbied on the issue as the ICBA’s president and CEO at the time, said the community bank group “exerted a great deal of pressure” on lawmakers to ensure they discouraged regulators from limiting overdrafts.

The group’s primary argument was that bank customers see a benefit to overdrafts. But the ICBA also raised concerns that overdrafts were a “major driver” of revenue for a large chunk of small banks and might cause them financial trouble, said Fine, who retired in 2018.

“The banks had just been battered by the financial crisis, and banks were struggling to get back on their feet,” Fine said, noting their expenses were also rising to comply with new post-crisis rules. “The last thing that members of the House and the Senate wanted to see was a major source of revenue for a significant number of banks be pulled away from them.”

The current environment might be different. Rep. Carolyn Maloney, a top Democrat from New York, has reintroduced a bill that would limit banks’ overdrafts. Sen. Elizabeth Warren, D-Mass., recently cited bank overdraft practices as ripe for further oversight, though she specifically called out big banks. President Biden’s pick to lead the CFPB, Rohit Chopra, who is awaiting a confirmation vote from the Senate, is closely aligned with Warren.

Community banks generally garner “more sympathy in D.C.” than bigger banks, a factor that has complicated past efforts to limit overdraft fees, said Raymond James’ Mills, who worked on overdraft issues when he was a staffer for Maloney.

But larger banks’ recent efforts to move away from overdraft charges may lead to questions about why that transition is not happening more quickly at small banks, Mills said.

The larger banks that are curtailing overdrafts include Ally Financial, which had previously derived relatively little revenue from the fees but said in June it would permanently stop collecting them.

PNC Financial Services Group Chairman and CEO William Demchak, whose bank has launched tools to help customers avoid overdrafts, said last year that the industry must become “less reliant on some of the gotcha fees” it charged in the past.

The industry may “absolutely see a rule-making on overdraft” practices from the CFPB, said Isaac Boltansky, director of policy research at Compass Point Research & Trading. But given the massive list of other items the CFPB might tackle, Chopra may decide to take a more targeted approach by slapping penalties on individual banks rather than writing a sweeping rule, Boltansky said.

CFPB officials under the Trump administration reached a $122 million settlement with TD Bank over its overdraft practices and kicked off an investigation into Regions Financial’s overdrafts. In June, both banks announced changes to their practices.

Earlier this month, a CFPB spokesperson told American Banker that overdrafts can be “very costly for consumers, and we are continuing to monitor market activity in this area.”

Pressure may also come from other bank and credit union regulators. Already, the chairman of the National Credit Union Administration is signaling that he is focusing on credit unions’ overdraft practices.

Todd Harper, Biden’s choice to lead the agency, said in a statement to American Banker that some federal credit unions’ overdraft practices are inconsistent with their goals by making it “harder for members to regain their financial footing.”

“This, together with Black and Hispanic consumers being disproportionately harmed by overdraft fees, leads to financial exclusion, not financial inclusion,” Harper said.

Overdraft options “enable consumers to make a critical purchase at a time when they may not have sufficient funds,” the National Association of Federally-Insured Credit Unions said in a statement.

“If you make it more difficult for consumers to receive these benefits, there may be a financial impact on the financial institution, but the real impact is going to be on the consumer that wants this product,” Donovan said.

Industry groups note that customers are only subject to overdraft charges on ATM and one-time debit card purchases if they opt in to their bank’s overdraft protection programs. And they point to efforts that several banks have introduced to help customers avoid overdrafts and limit the number of penalties that can be racked up in a day. Many banks also offer low-cost accounts that do not allow customers to incur overdraft fees.

But critics say industry-led efforts are not enough. They hope Biden appointees will take action.

“I don’t think that we can allow an institution of any size to cause affirmative harm to their customers the way that overdraft practices do,” said Rebecca Borné, senior policy counsel at the Center for Responsible Lending.

Some small banks would be particularly hard hit

American Banker’s analysis identified 16 banks — most of them with less than $10 billion in assets — that derived 20% or more of their fee income from overdraft-related fees in the first quarter.

Those banks include the $1.39 billion-asset Sterling Bank in Missouri, the $2.96 billion-asset Gate City Bank in North Dakota and the $9.79 billion-asset Woodforest National Bank in Texas, which has historically had many of its branches at Walmart stores. The three banks did not respond to requests for comment.

Many other small banks reported overdraft-related fee revenue that was well in excess of the nationwide average of 2.88% as a percentage of noninterest income, according to American Banker’s analysis.

The analysis included some 525 banks that are large enough to report their overdraft charges to regulators. Thousands of community banks that have under $1 billion in assets do not provide that level of detail, and some banks with between $1 billion and $5 billion in assets report the data only sporadically. Credit unions also do not report overdraft fee revenue on their call reports.

Small banks’ heavier reliance on overdrafts is not surprising, observers say. Such institutions have fewer revenue sources than larger banks, which can rack up other types of fee income through corporate finance services and investment banking deals, for example.

At the $1.86 billion-asset First National Bank in Paragould, Arkansas, overdraft-related fees make up about 27% of fee income. In a statement, the bank said it “does not consider non-interest income as a significant or strategic revenue driver” and that its $29 per-item overdraft fee is lower than fees at other banks.

“First National Bank has a 130 year history of offering its customers helpful products and services while charging minimal fees,” the bank said. “We recognize that overdraft protection is an important product that a portion of our customers opt to utilize. For this reason, we work hard to ensure fees associated with this product are among the lowest when compared to our peers.”

City National Bank of West Virginia, a $5.84 billion-asset institution, reported that more than 25% of its fee income was overdraft-related. The bank noted in a statement that it is far more focused than other community banks on consumer banking, which “drives high levels of all types of consumer service charges.”

“City’s unusually high level of debit card income is clearly demonstrative of the large number of consumer customers who bank at City,” the bank said in a statement.

Two other banks that have faced criticism for their reliance on overdraft fees are the sister institutions Armed Forces Bank, which focuses on military members, and Academy Bank, which has dozens of branches at Walmart stores. Both banks reported that overdraft charges represented more than 30% of their fee income in the fourth quarter of 2020, the most recent figures available.

Tom Kientz, the chief operating officer at both banks, said the bulk of their revenues come from lending, not fees.

Still, Kientz said that overdrafts are “absolutely a declining trend in the industry, and we’re no different.” Both the $1.25 billion-asset Armed Forces Bank and the $2.33 billion-asset Academy Bank now offer personal loans to customers with little to no credit history that they can use for emergencies, which Kientz said is a “great alternative to overdrawing their account,” and one that is drawing significant interest.

Asked about the pressures that his company would face if regulators crack down on overdrafts, Kientz described them as manageable, and said that Academy and Armed Forces are prepared to “quickly pivot” if new rules require more aggressive changes.

“We absolutely recognize it as a risk, but it’s just like any other part of our business,” Kientz said.

Oil Up as Hopes of Chinese Fuel Demand Recovery Rise By Investing.com
4 seconds ago 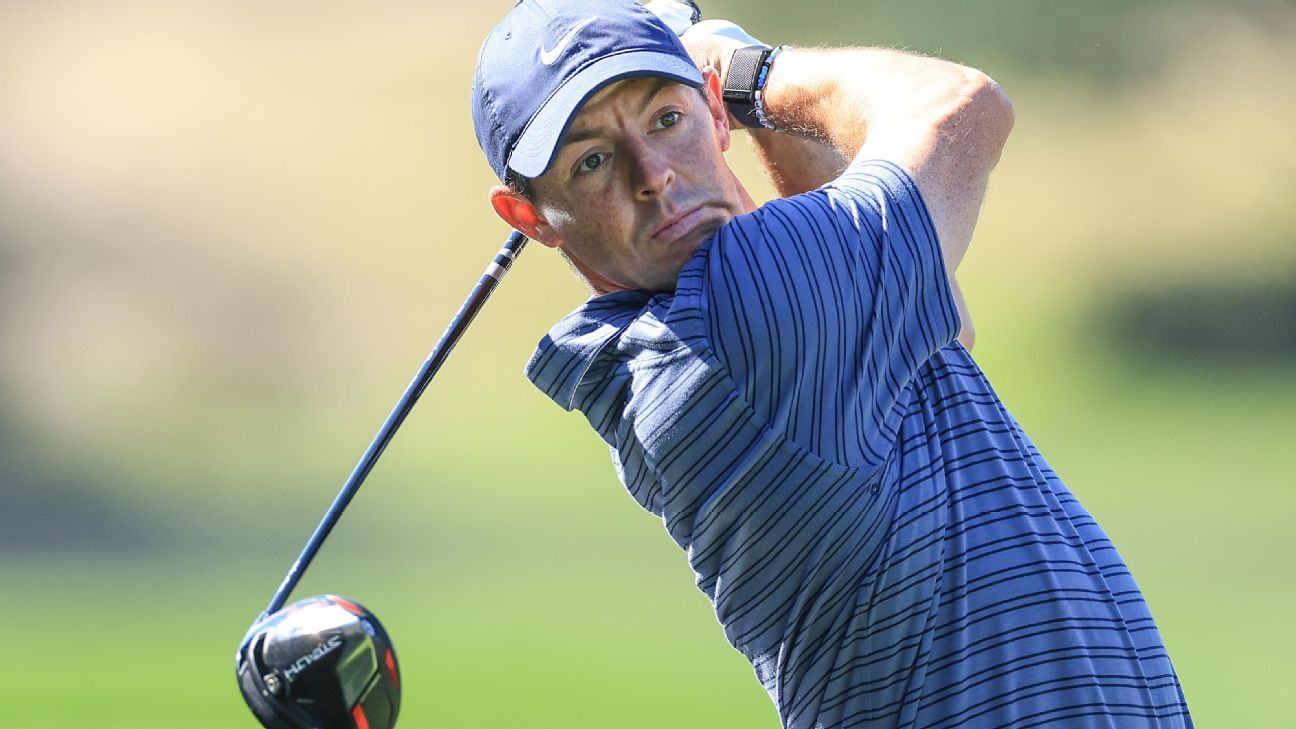 Rory on Phil’s PGA absence: ‘He should be here’
2 mins ago

Wait, I’m Sorry, What Is a Rainbow Kiss?
6 mins ago

Wait, I’m Sorry, What Is a Rainbow Kiss?