Singer and actress Claire Sweeney, 50, talks snogging Patrick Swayze, bad school reports and touring with some of her pals.

My friend Zoë Tyler contacted me mid-lockdown when we couldn’t go out and see friends, and work was scarce, and asked about getting together with Kate Thornton, Carol McGiffin and Rustie Lee for a tour, sitting round a table and having a good gas, doing a Q&A with the audience, singing a few songs, a bit of cooking… it sounded like heaven!

What makes you gel as a five?

There’s history there. Zoë and I have been friends since we were 15, singing in the clubs together.

I did Loose Women with Carol ages ago and she’s amazing, a cancer survivor. I’ve known Kate for years and I remember Rustie from Game For A Laugh. They’re such an interesting bunch.

If you were stuck on a desert island together, how would you all cope?

Zoë’s sensible. I don’t know if Carol’s mellowed but she’s a hardened cynic who makes me laugh, and you’d need that.

Rustie Lee can cook and she’d be a bundle of fun, obviously. Kate’s very practical. Don’t ask about me, though…

You’ve toured all over the country. Which show are you most looking forward to?

I remember towns by the theatres and the local Indian or Chinese restaurant! I’m looking forward to going over to Ireland — my heritage is in County Clare.

And Brighton is my spiritual home — I always say that I’m a gay man in a woman’s body.

You did a gig at GAY in July…

Oh my God, that was great. If I could have waved a wand and wished for my first gig back, I would have chosen singing show tunes in front of the gays at GAY. I would have paid them to do it!

Was it emotional to be back on stage again?

It was. Singing is a muscle so if you don’t use it, you lose it. Getting going was like warming up a rusty old car but I just about hit the notes — squeezed my bum cheeks and hoped for the best!

Were you a performer as a kid?

I was quite a shy child, then I went to Butlin’s with my best friend and suddenly came out of my shell. I entered a few talent contests and found this love for the stage, which is just as well.

My mum was having a clear-out and found my terrible school reports from when I was 14. It was the worst thing I’ve ever read: no interest in anything except drama, music and art. If my son got that report, I’d be furious!

You did Claire Sweeney Meets… on BBC Radio Merseyside this year. Did you enjoy asking the questions for once?

So much. It’s an hour with me and a celebrity talking about the six songs that mean most to them and, because it was lockdown, people were bored and fancied a chat so I got the most amazing guests: Jason Isaacs, Ricky Tomlinson, Holly Johnson, Paul O’Grady…

Could you have been an interviewer in another life?

I enjoyed the research most of all. These were my friends and I thought I knew them but seeing how their careers came on and delving into their lives was so interesting.

Which Brookside storyline do you look back on most fondly?

All the stuff with Barry Grant. I was a massive Brookside fan as a kid so being paired off with him was wonderful.

It’s back on BritBox now — people keep posting clips on Twitter and it’s like looking at a different person, although I’m always proud to say I was a gun-toting, drug-dealing lesbian.

You were on the first Celebrity Big Brother. Do any of you keep in touch?

I still see Vanessa Feltz and I messaged Chris Eubank when his son passed away. I bumped into Keith Duffy at a festival a couple of years back.

It was very safe by comparison to the recent ones. I seem to be the guinea pig for these shows. I did the first Strictly as well.

Did you have an inkling Strictly would become this juggernaut?

It was very different. I was doing Loose Women and 60 Minute Makeover at the time so I’d just squeeze in an hour at the end of the day to rehearse. You couldn’t get away with that now.

You starred with Patrick Swayze in Guys And Dolls. Were you a Dirty Dancing fan?

Not at all. I was more interested in Point Break and Road House, not the schmaltzy ones.

I couldn’t believe the opening night — it was like Beatlemania outside the stage door. I realised he wasn’t just a movie star, he was a legend.

What ambitions do you have?

Listen, I got to snog Patrick Swayze and Barry Grant. What more could I want?

Covid and spending so much time with my son has taught me about work-life balance — I want to do more drama and more presenting but I’m happy. 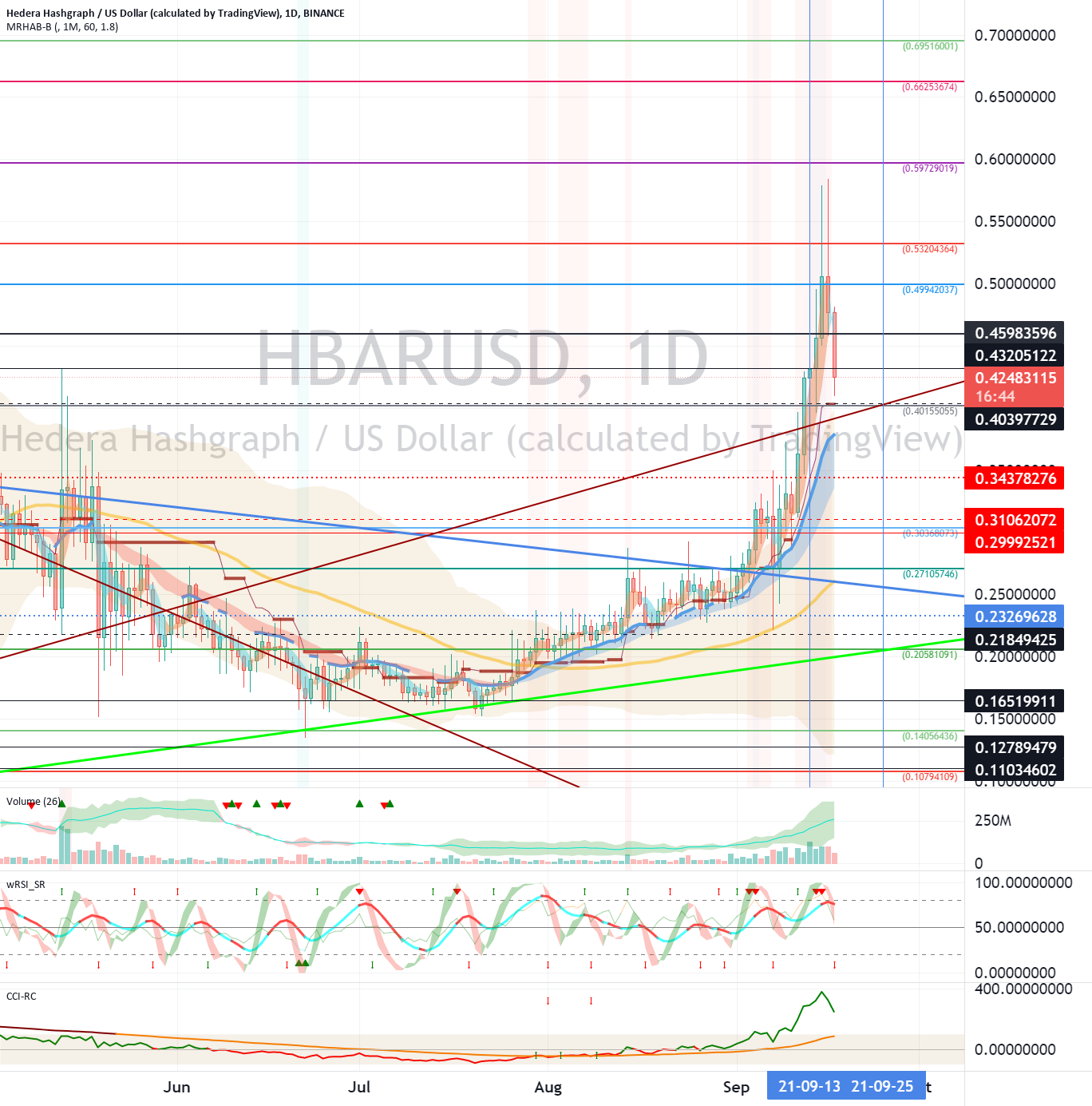 Hedera Hashgraph (HBAR) – September 18 for BINANCE:HBARUSD by readCrypto
6 mins ago 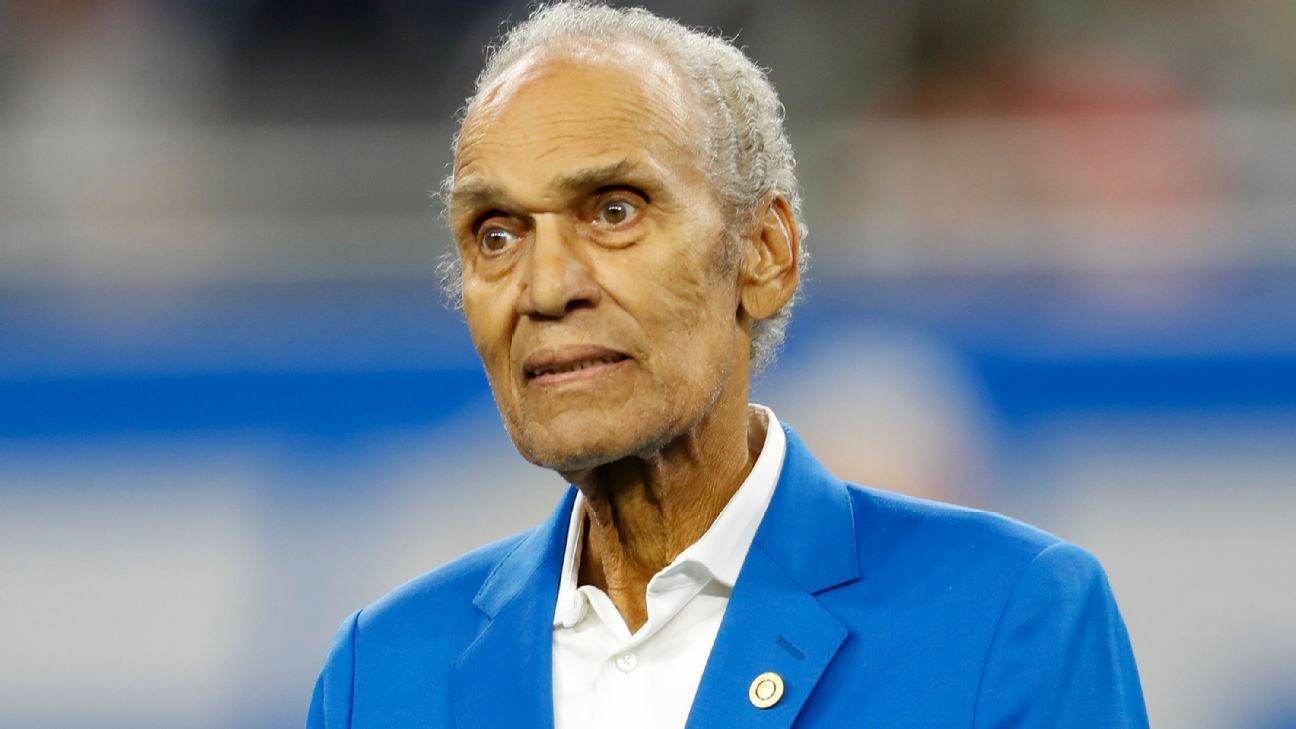