As the star of Wandavision, Elizabeth Olsen spent every episode of the hit Disney+ show rocking the fashion of a different decade. On Sunday night at the 2021 Emmy Awards, she wore the most timeless look of all: a gown from The Row, the fashion label that belongs to her older sisters, Mary-Kate and Ashley Olsen.

“A family is forever,” Wanda Maximoff tells her family, in a climactic moment near the end of the series. “We could never truly leave each other, even if we tried.” It’s an especially poignant fashion nod—as children, Olsen watched her older sisters walk red carpets. Now, she’s holding her sisters close as her own career rises.

Elizabeth Olsen is nominated for the Emmy for Outstanding Lead Actress in a Limited Series for her role in Wandavision—one of 23 nominations the Marvel show received. It is her first ever nomination. Her Wandavision co-star, Kathryn Hahn, is also up for an award tonight for her iconic turn as Agatha Harkness on the show.

Olsen was unbelievably good as Wanda, and she received rave reviews. But this is one of the most fiercely competitive categories of the evening—her fellow nominees include Michaela Coel in I May Destroy You, Cynthia Erivo in Genius: Aretha, Anya Taylor-Joy in The Queen’s Gambit, and Kate Winslet in Mare of Easttown. If there’s ever been an example of “All of you are winners already,” it’s this group of women.

It’s a huge night for Olsen, so it’s especially sweet that her sisters are with her in spirit and fabric tonight. Her look is a voluminous ivory gown with dramatic sleeves and a deep V neckline, paired with sparkling chandelier earrings. Her husband Robbie Arnett joined her on the red carpet, dressed to match her in a luxurious-looking oversized white suit.

Social Business Law, the first step for the new economy
3 mins ago 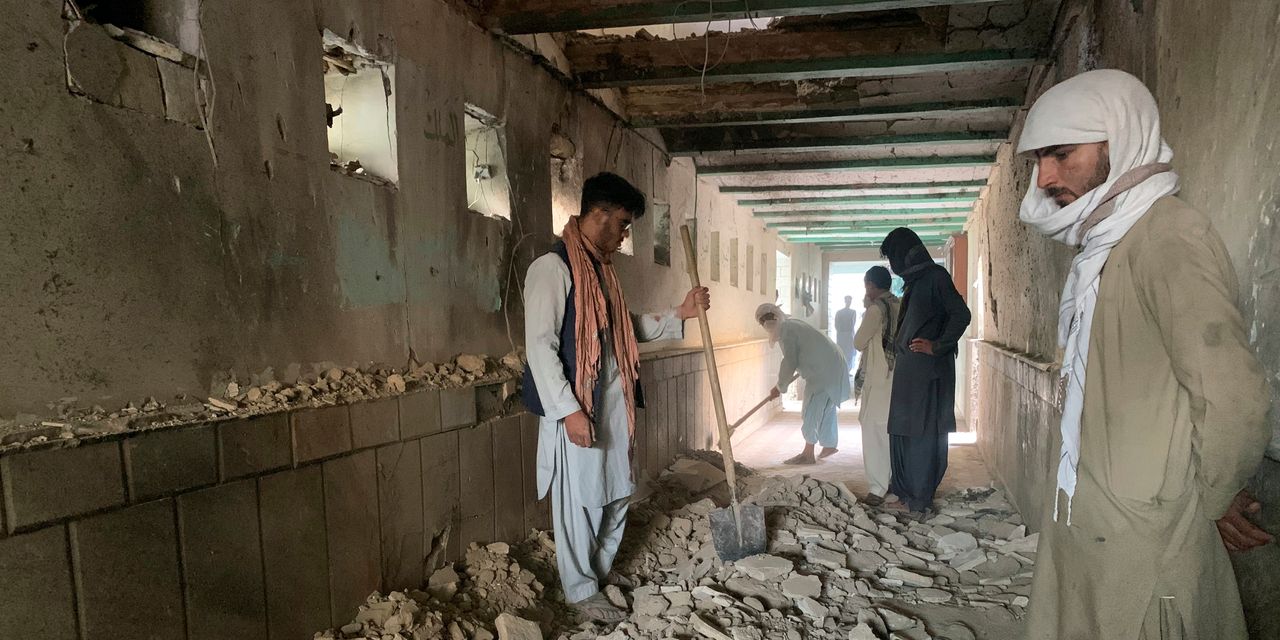