Mick Jagger famously sang that he ‘can’t get no satisfaction,’ but he certainly has tried. From Marianne Faithfull to Jerry Hall to Melanie Hamrick, here’s a look at the women he has loved.

There are many things that Mick Jagger is known for: his trademark rooster strut; his feathered hair; a voice that has become synonymous with classic rock, thanks to him fronting the Rolling Stones for more than 50 years; and one wild dating history. Even before the Stones blew up, Mick’s love life was taking off. From his high-profile relationship with singer Marianne Faithfull to his two-decade romance with Jerry Hall – which produced four of Mick’s eight children – the “Start Me Up” singer hasn’t stopped. As of 2021, he’s still going strong with Melanie Hamrick. As this Rolling Stone continues to not gather any moss, here’s a look at the women who Mick Jagger has dated throughout the years

Mick began dated Marianne from 1996 to 1970. In what would become a recurring theme throughout Mick’s life, this relationship started as an affair.

The rocker began dating model (and soon-to-be actress) Chrissie Shrimpton in 1963, and they were still together when Marianne and Mick’s paths crossed. In 1965, Faithfull recorded her hit single, “As Tears Go By,” written by Jagger and his fellow Stone, Keith Richards. Clearly, there was chemistry between Mick and Marianne, and by the end of 1966, they had begun their affair, according to Ultimate Classic Rock. Mick ultimately broke up with Chrissie and began to date Marianne publicly.

One of the more noteworthy events of this rock and roll romance came in 1967. Police raided a party happening at Richards’ house in Sussex, according to The New York Times. Marianne had just taken a bath and was left only with dirty clothes, so she wrapped herself up in a rug to maintain her modesty. Mick and Keith were arrested, but Marianne bore the brunt of the shame in the press. “I was slandered as the wanton woman in the fur rug,” Faithfull said, “while Mick was the noble rock star on trial.”

Mick broke up with Marianne in 1970. “Mick was initially supportive of my acting, but I sensed it was something he’d rather I not do,” she wrote in her 2007 memoir, Memories, Dreams & Reflection, per The Guardian. “So I stopped working and got heavily into drugs instead. In 1969 I overdosed on sleeping pills in Australia and spent six days unconscious…that was the beginning of the end for Mick and me.”

Mick had a brief affair with Anita Pallenberg, a German model and his Performance co-star, while with Marianne. She reportedly slept with Keith Richards as payback.

Mick met American model/singer Marsha Hunt in 1969. She was first asked to appear in a promotional shoot for the Stones’ single “Honkey Tonk Woman.” She refused, “in consideration of her position as a role model for [B]lack women,” per The Independent (h/t Nicki Swift). This prompted Mick to show up at her door at midnight, “framed by the doorway as he stood grinning with a dark coat.” The two began a romance while he was still with Faithfull, resulting in his first child. Marsha gave birth to Karis Hunt Jagger in 1970 and spent much of the following decade in a legal battle to get him to financially support their daughter.

In 1970, shortly before Marsha gave birth to her and Mick’s daughter, he met Bianca Perez Morena de Macias, a Nicaraguan political science student, at a party following a Stones concert. It was love at first sight. Within months of meeting, they were talking marriage – and they followed through in the following year. ON May 12, 1971, she became Bianca Jagger at the city hall in Saint-Tropez, France. However, there was trouble in paradise from the start. She returned to their honeymoon suite alone while Mick danced with friends during their wedding reception at the Cafe des Arts.

“My marriage was over on the wedding day,” she told the New York Daily News in 1986 (per Entertainment Weekly.) Yet, the romance prevailed. Bianca gave birth to their child, Jade Sheena Jezebel Jagger, in October 1971, and the marriage continued until their divorce in 1979. Bianca was the one who filed the papers, citing Mick’s infidelity as the reason for the split, per UCR.

And who did Mick cheat on Bianca with? The woman he would have his longest relationship with, none other than Jerry Hall. The couple began dating in 1977, while Mick was still married and she was engaged to Roxy Music’s Brian Ferry. Mick met her in 1976 and then invited them over for dinner one night. “Bryan was flattered by Mick’s attention, but he could also see that Mick was smitten with me. It couldn’t have been nice for him,” she wrote in her 2010 coffee book/memoir, Jerry Hall: My Life In Pictures, per Yahoo. The two fell in love and began a relationship that lasted for decades.

“After the fourth child,” she told The Guardian in 2010. “I thought, ‘Right, done that, he’s served his purpose.’” Despite his numerous infidelities, Jerry spoke highly of Mick when it came to being a father. “He loves his children. He was very good at helping them with their homework; he loves history; he was good at taking them for walks with the dogs; he loves outdoor activities, bike rides, playing cricket.”

The couple reportedly participated in what was believed to be a Hindu wedding in 1990, but it was later determined by a British court to be invalid due to missing paperwork.

While Jerry was able to withstand Mick’s cheating, when she learned that he had fathered a child with another woman, it was the last straw. Mick had an affair with Brazilian model Luciana Gimenez. In May 1999, she gave birth to a son, Lucas Maurice, and DNA tests confirmed Mick’s paternity. Since then, Luciana has gone on to marry Marcelo de Carvalho, the owner of RedeTV!, a Brazilian television network on which she hosts two shows.

Before she married Nicolas Sarkozy in February 2008 and became the First Lady of France, Carla Bruni was involved with Eric Clapton. In 1990, Eric introduced her to Mick, a move he would come to regret. “After Carla stood me up a couple of times, I got a call from the girl who had introduced us, telling me Carla was seeing Mick and it was serious. The obsession with Mick and Carla gripped me for the rest of that year,” he said in Christopher Andersen’s biography Mick: The Wild Life and Mad Genius of Jagger, per the New York Daily News.

“It was a fling. I was in my twenties, so I wasn’t thinking about a relationship,” Carla said in the book. “There were so many other women with Mick. I don’t think I was responsible [for his split with Hall] … There were maybe ten other women.”

Jerry and Mick would clash over the affair, with the two separating for a brief period until Mick begged her to take him back.

In 2001, Mick Jagger was a single father of seven. He met American fashion designer L’Wren Scott in 2001 and struck up a relationship that lasted until the tragic day she took her own life in March 2014. Mick was in Australia, on tour with the Rolling Stones, when he discovered the tragic news.

“I am still struggling to understand how my lover and best friend could end her life in this tragic way,” he said in a statement, per Vanity Fair. “We spent many wonderful years together and had made a great life for ourselves. She had great presence, and her talent was much admired, not least by me. I have been touched by the tributes that people have paid to her and also the personal messages of support that I have received. I will never forget her.”

Shortly after L’Wren’s death, Mick met Melanie Hamrick, a dancer with the American Ballet Theatre. Melanie, who is 43 years younger than Mick, was getting out of a relationship herself at the time. She was reportedly on a trip to Japan the same time Mick and the Stones were there. She attended one of their concerts and was invited backstage with several other ballerinas. The couple didn’t hit it off right away, but they reconnected later and subsequently fell in love.

In December 2016, Melanie gave birth to Deveraux Octavian Basil Jagger, Mick’s eighth child. As of February 2021, she and Mick were still going strong. The two celebrated St. Valentine’s Day together, with her sharing pictures of their intimate dinner together on Instagram. 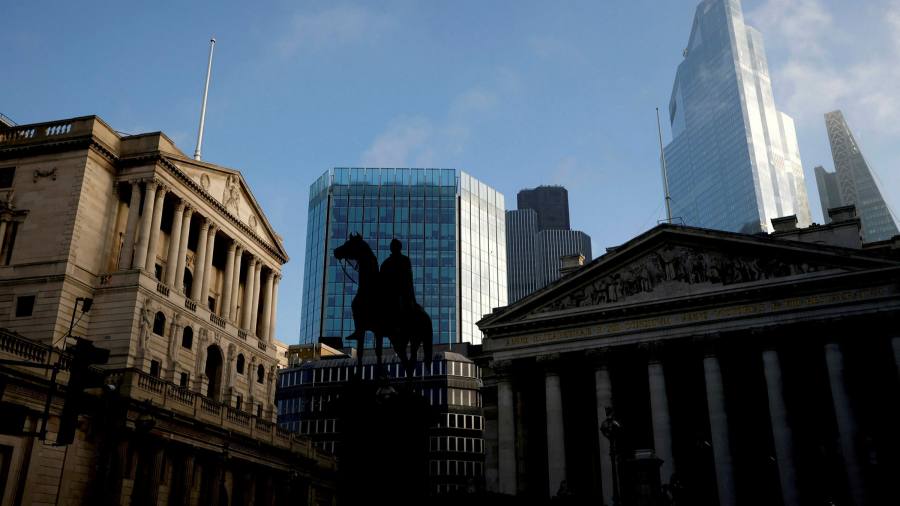 Fossil tracks may reveal an ancient elephant nursery
1 min ago

Verstappen, Hamilton ‘both did what they should’ – Alonso
2 mins ago

Verstappen, Hamilton ‘both did what they should’ – Alonso