(Bloomberg) — Hurricane Ida wrecked transmission lines and left New Orleans in darkness, but infrastructure advocates see an opportunity in the destruction for the region to rebuild a grid that’s more resilient to the increasingly violent storms from the warming waters of the Gulf of Mexico.

“If we are going to make our country more resilient to natural disasters wherever they are we have to start preparing now,” Louisiana Republican Senator Bill Cassidy said on CNBC. “We can’t look in the rear view mirror and say ‘boy I wish we were prepared.’”

Hurricane Ida, which packed some of the most powerful winds ever to hit Louisiana when it made landfall Sunday, took down more than 2,000 miles (3,200 kilometers) of transmission lines owned by Entergy Corp. and 216 substations, plunging more than a million homes and businesses into the dark.

One transmission tower, a survivor of Hurricane Katrina, went down and sent its lines and conductor into the Mississippi River.

A $550 billion infrastructure bill working its way through Congress could help pay for some of the improvements and Cassidy said he hopes the havoc wreaked by the storm leads more of his GOP colleagues to support the infrastructure measure, which faces a House vote in coming weeks.

“I’m sure hoping that Republicans look around my state, see this damage and say if there’s money for resiliency, money to harden the grid, money to help sewer and water, then maybe this is something we should be for,” Cassidy said. “We gotta start now for next year’s hurricane, next years wildfire, next years tornado and that infrastructure package is part of that.”

Spending after Katrina appeared to have lessened the damage this time. New Orleans area’s elaborate flood defenses held up, a vindication of the Army Corps of Engineers’ $14.5 billion project to rebuild levees, flood gates and pumps in the wake of the devastation wrought by Katrina in 2005.

“We are looking at a grid that’s more sensitive to weather events,” whether it’s in California, Texas or hurricane zones, said Mark Lauby, senior vice president and chief engineer at the North American Electric Reliability Corporation. “We are going to become more and more dependent on electricity as an economy as a way to energize society.”

A $5 billion grant program in the infrastructure bill calls for utilities to harden power lines, including by taking them off of towers and burying them underground, but that option may be a poor fit for the Gulf Coast’s topography.

“The common complaint is why can’t these be buried? The reality is the cost associated with burying infrastructure is very expensive,” to the tune of $1.5 million to $2 million per mile, said Brian Beebe, a senior vice president at Swiss RE Corporate Solutions.

Utilities must get approval from state utility commissions to pass along any such costs and much of the Gulf Coast area doesn’t have public commissions willing to foist rate increases of 15% to 20% to take on grid hardening measures, Beebe said. “The irony of our modern economy and infrastructure is that a lot of time it’s delivered to us via 19th century poles.”

These lines and substations are also frequently too expensive to insure so increasingly utilities have been taking on the risk rather than paying really high premiums, Beebe said. “We have seen since Katrina a lot of utilities retain a lot of their distribution risk whereas previously they might have bought insurance.”

Creating a storm-hardened grid takes money and planning that is in short supply in the U.S., said Chuck Watson, a disaster modeler with Enki Research. There are two strategies to follow: the first is to harden infrastructure before a storm hits and the second is to make the necessary fixes as damage is being repaired.

The first scenario requires convincing state regulators to increase prices so that lines can be buried, preventive maintenance can be accomplished and new resilient transmission towers constructed. The second would mean delaying restoration until the improvements can be made in the aftermath of a storm.

“Good luck with that,” Watson said. “It is hard enough to fix things back the same as they were.”

Rafael Da Silva Ozaki, business unit head of digital grid at Siemens USA, said power lines can be made more resilient by stringing stronger cables in a way that lessens their risk of coming down, building towers or poles closer together and ensuring circuit breakers are functional.

“You basically have to revamp all the overhead lines,” he said.

Jon Wellinghoff, a former chairman of the Federal Energy Regulatory Commission, said part of the solution may be found in renewable energy, with power being generated or stored at or near the homes and businesses that need it.

The power outages from Ida, he said, “will only drive people to more self-sufficient options such as rooftop solar and in-home battery storage.”

Derrick Bowen, principal at Pariveda Solutions, an information technology consulting firm, said the solution ultimately requires rethinking how electricity is made and distributed in the U.S.

“Power is generated at a central plant, then moved by high-capacity transmission lines where people will use the power, Bowen said. “To make the future grid more resilient, we need to build in a way that takes advantage of distributed power systems, solar, wind and batteries.”

That would mean replacing the linear grids now in use with a network of distributed “micro-grids” or potentially self-sufficient ecosystems with solar panels, wind turbines, and batteries dispersed closer to where the power is going to be used, he said.

“A grid built from the ground up as joining these distributed “micro-grids” would also have less need for high voltage transmission, and so there would be more potential to route around the areas with the most damage,” he said. 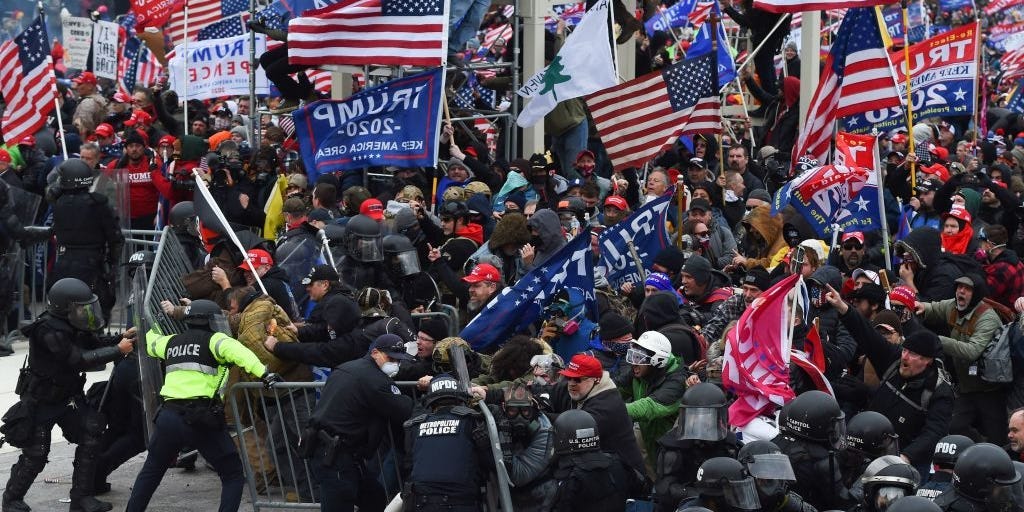 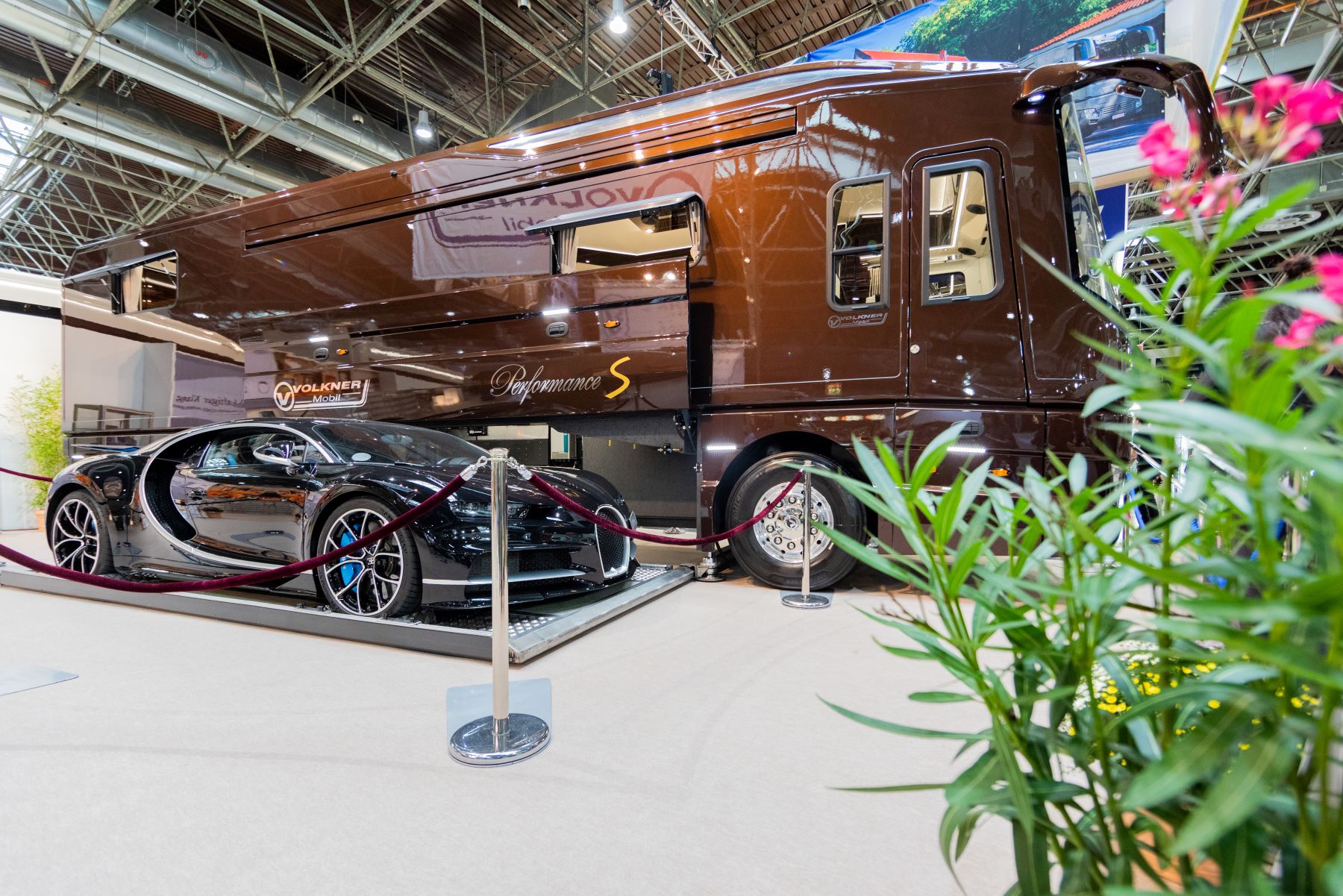 This Insane RV Comes With a $300,000 Sound System and a Bugatti Chiron – MotorBiscuit
3 mins ago

This Insane RV Comes With a $300,000 Sound System and a Bugatti Chiron – MotorBiscuit