(Bloomberg) — Early in the global pandemic, travel experts rushed to determine the shape of the recovery. Would it be L-shaped? More like a W? A year later, despite brief upticks and plenty of pent-up demand, the travel rebound has yet to arrive.

Yet there are glimmers of optimism, both for the industry and for people itching to dust off their suitcases. Travelers are starting to book now for trips they hope to take months or more down the line. A smattering of markets, including Africa and Antarctica, are doing well, their highest-end inventory already selling out for stretches of their upcoming high seasons (in austral winter and summer, respectively). Some spots are even thriving right now.

Take Miami. Of roughly 15 five-star hotels bookable on Expedia for President’s day week, all but four fully sold out. The ones with availability were limited to the priciest rooms only. At the St. Regis Bal Harbour, just a handful of $3,500-per-night suites went unbooked; the remaining inventory at the 1 Hotel South Beach was mostly restricted to the 4,500-square-foot presidential suite, which, at $50,617 per night, would cost nearly half a million dollars to book out for the entire February break.

Magic City is in demand for numerous reasons. International border closures have left travelers seeking domestic alternatives to far-flung escapes, and Florida’s weather can’t be beat. Mayor Francis Suarez has been luring tech executives to move their already-virtual operations to the tax-friendly state. And Florida’s Covid-19 rules are lax, allowing visitors to eat and party almost anywhere they want.

Airlines, in turn, have responded to that demand by increasing flights. Even at the height of the second wave of infections, Miami was seeing up to 90,000 visitors arriving through its international airport on any given day—compared to the average of 105,000 to 115,000 in normal times.

For American travelers, Miami represents the leading edge of a cautious return to tourism, according to an informal survey of more than a dozen travel providers, online booking sites, industry groups, analysts, and consultants. These people said that although sought-after destinations throughout Australia and much of Europe remain effectively locked down, eager travelers are identifying pockets of opportunity around the world. Those are largely dictated by open borders or a perceived sense of safety. But others, eager to get back to their favorite spots, are simply placing early bets, hoping that when the time comes, their destination will be ready to welcome them.

Among the most popular picks are wide-open, remote places. There are also signs of emerging demand for destinations where vaccine uptake is high. According to research published by the American Hotel and Lodging Association in January, nearly half of consumers see vaccine distribution as key to travel. Of those, a majority say they would feel more at ease knowing that a large share of locals had been vaccinated than by simply having individual protection for themselves.

That explains why Abercrombie & Kent is anticipating a rush of bookings to Israel, where more than 40% of the population has already received at least one vaccine dose. With rare exceptions, travelers can’t visit Israel yet; the country has yet to set a date for when its borders will reopen. Whenever that time comes, its vaccine campaign will have effectively doubled as tourism marketing, intentionally or not.

The $1.7 trillion global travel industry continues to struggle overall, of course. Hotel occupancies in the U.S. hovered around 40% of throughout January, according to data from industry analyst STR. In the fourth quarter of 2020, both American Airlines and United recorded losses of roughly $2 billion each, contributing to an industry-wide hemorrhage of $118 billion over the course of the year.

As always, the forecast can change on a dime. But the following spots represent some light at the end of a long tunnel for the industry.

If American travelers were limited to domestic tourism in 2020, given the state of border closures, they now have their sights set further afield, on spots including the Caribbean and the Mediterranean.

Whereas searches through April are still largely domestic in nature, data from TripAdvisor suggests that the majority of hotel searches on its platform taking place from May onwards are for international destinations. Similarly, booking app Hopper says it has seen a significant uptick in international bookings, primarily to warm-weather vacation hot-spots close to the U.S. According to a company spokesperson they include Cancun, Cabo, and Puerta Vallarta in Mexico; San Juan, Puerto Rico; and St. Thomas, U.S. Virgin Islands.

Everyone wants sunshine. “Since first week of January, we’ve been booking a lot of summer trips,” says Jack Ezon, co-founder of luxury travel consultancy Embark Beyond. “And I’m not talking small. People are making up for lost time—especially with trips to the Mediterranean, which they see as an annual rite that was taken away last year.”

Brooke Lavery, a partner at travel advisory firm Local Foreigner, has seen the same. “It’s amazing how many people don’t realize that Europe is still closed,” she says. Whereas she previously estimated that her clients would be able to hit the Med by May, she’s now unsure those trips will happen before the end of the summer, with stricter lockdowns sweeping across Europe.

Ezon agrees. “I’m not counting my money before I get it in my pocket,” he says, pointing at the real possibility that these early booking may get cancelled or deferred.

The Caribbean is a safer bet, says Lavery. With local economies hard hit from years of extensive hurricane-related closures pre-Covid, the region has made a full-throated call to carefully reopen tourism. Of the 27 island nations tracked by Travel Weekly, only five remain closed to U.S. travelers. (These are largely French islands, following European guidelines.)

Resorts across the region have been quick to roll out initiatives for on-site, highly-accurate PCR tests to help American travelers navigate entry and re-entry requirements. Among the success stories so far is the Dominican Republic. Whereas international tourism there was down 90% at certain points last year, now it’s rebounded to just 36% down, year-over-year.

With Europe looking dicey for summer travel, Africa may be a bright spot. Go2Africa, a leading provider for tailor-made travel to the continent, says searches on its site had declined by 90% at the height of the pandemic’s first wave. But by January, they were down just 20% year-over-year. “The best lodges are all already full for the summer,” adds Ezon, who has seen similar upticks.

“This is Africa’s moment,” agrees Pamela Lassers, spokesperson for high-end operator Abercrombie & Kent. “Going on safari offers wide open spaces and privacy at the small boutique camps we recommend.” She said that interest extends to Egypt—what she considers “the world’s largest open-air museum.”

Likewise Antarctica. Online travel aggregator TravelStride has seen a 25% increase in bookings to the southernmost continent compared to last year’s pre-pandemic numbers. On Google, Antarctica has charted the most significant growth in interest from American travelers. White Desert, the company best known for offering air-based trips (rather than cruises) to the continent, has already sold out two trips for late 2021, even with prices hovering around $100,000 per person.

The Maldives is trending upwards, too. The island nation registered more travel-related search queries on Google than any other country from November 2020 to January 2021, and some of its top resorts, like Soneva Fushi, saw revenues rise by as much as 50% in the last months of 2020 when compared to the same period in 2019.

Peter Bates, president and founder of travel industry consultancy Strategic Vision, holds a cautious outlook on travel’s recovery. He says the latest research his company released was outdated upon its publication in January, having been based on a survey sent out in late November. At that point, travel advisors said Italy, France, Greece and Japan were among their top planned destinations for 2021. By the time their responses were printed, a new wave of lockdowns made those plans seem unlikely at best.

“Everything we looked at in the fourth quarter has changed again,” Bates says. And it’s possible that will repeat itself, imperiling the early success stories mentioned here. “The new word is ‘stickiness,’” he says. “Is it going to stick? Or are we going to have to move this booking?”

An issue for Africa, he says, will be fending off the fears of the potent South Africa variant. “People will take the idea that this is prevalent in South Africa, and expand that across the entire continent—they will generalize—and that has the potential to create problems there,” he says, adding: “Going on safari is a once in a lifetime holiday for a lot of people, so if you’re not completely comfortable, it’s not a good idea.”

That narrative could unfold anywhere. Another uncertainty is the long-term efficacy of vaccines, and what new policies may be in store from health authorities around the world.

“It’s worrying that they’re thinking about even a booster shot, that everyone would have to go through a third injection,” says Bates. Questions about how long protection might last may jeopardize the reliability of immunity passports, he adds.

“There are so many questions that any traveler has these days,” Bates says. But in a weird way, he says, that might not be bad for the travel providers that are among his clients. “A travel advisor has to be a real advisor now—they will be more important than ever,” he says. “In fact they’re the ones who will do quite well as soon as people are actually able to travel again.”

Most people infected with omicron didn’t know it, study finds: Researchers find 56% were unaware they were infected with virus that causes COVID-19
1 min ago 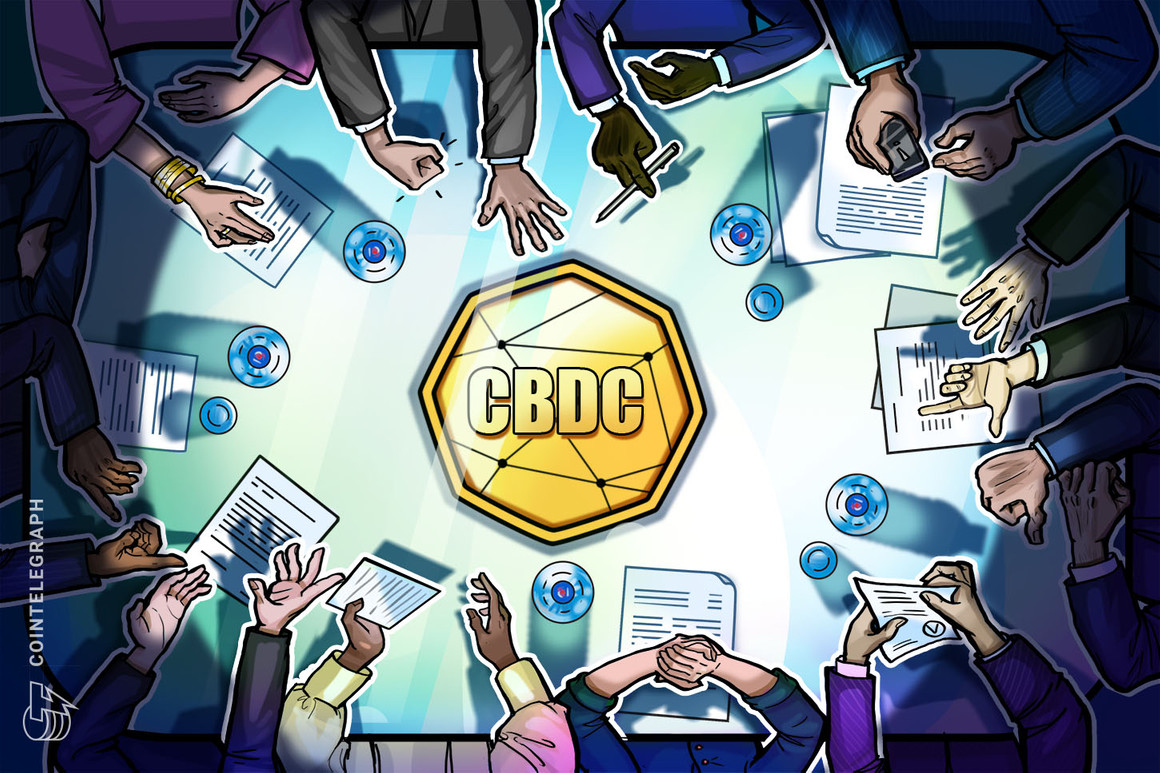 CBDCs only solution to ‘smooth continuation’ of the monetary system: ECB
3 mins ago 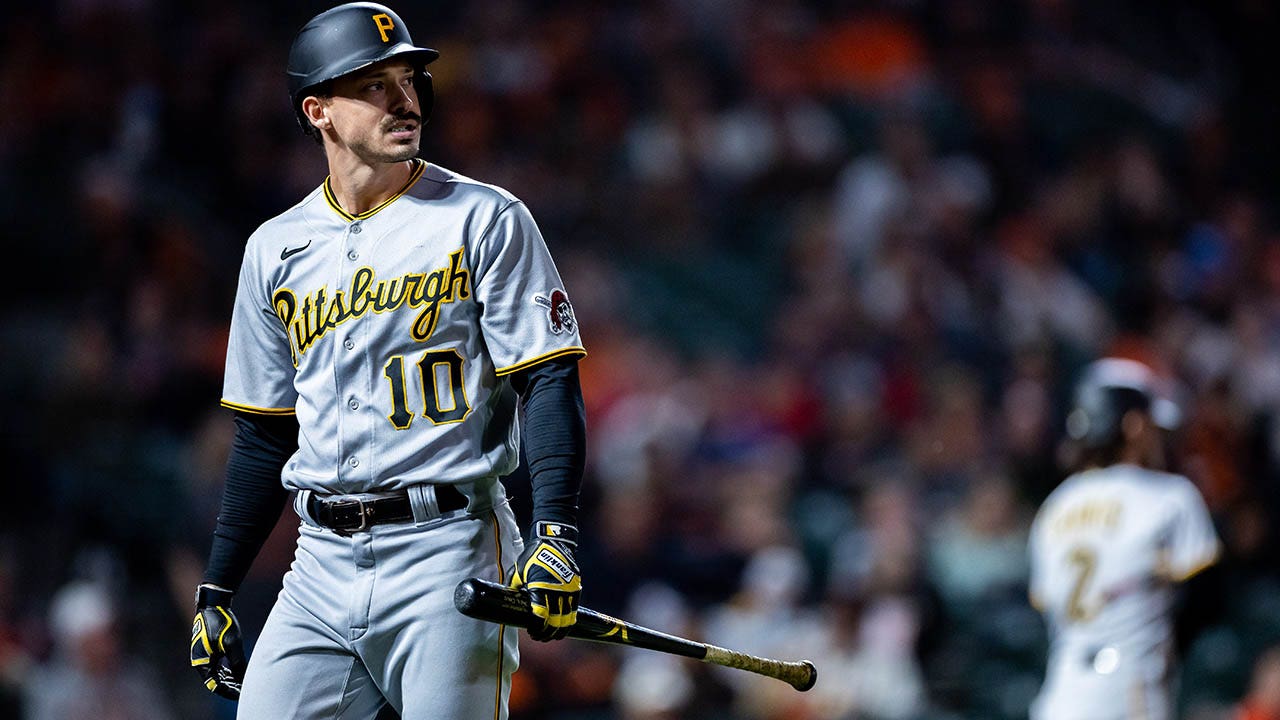 Pirates’ Bryan Reynolds uninterested in Hall of Famer’s slights: ‘Couldn’t give any less of a crap’
7 mins ago