As the final buzzer sounded, young Golden State Warriors guard Jordan Poole found his teammate and mentor, Klay Thompson. They embraced for several seconds, both smiling from ear to ear. Their team had just defeated the Boston Celtics in the NBA Finals, making them NBA champions.

“That’s big brother right there,” Poole gushed about Thompson, in a postgame interview. “He would never let me lack, never let me slack. If there was ever anything I needed to be better at he told me. He was calling me over to work out with him. To get up shots with him. He’s one of the greatest shooters of all time. And being able to have somebody who embraces you like that. Just putting [me] in a position to be successful.”

At first glance, this might seem like a simple case of mentorship, one experienced team member taking another under their wing. But there’s much more to this story, a story that actually began a few years ago. It presents amazing lessons for any entrepreneur or organization that’s interesting in tearing down silos, building high-caliber teams, and creating an emotionally intelligent culture.

Here’s the backstory, and the lesson for your business.

Part of what makes this account so interesting is that in the eyes of many, Poole was actually brought to the team as a potential replacement for Thompson.

The Warriors drafted Poole just a week after Thompson tore his ACL in the 2019 NBA Finals. Thompson would go on to suffer another major leg injury that resulted in him missing over two years of playing time. In the meantime, Poole stepped into the role Thompson left open, and quickly excelled.

How would Thompson respond? Would jealousy and fear breed disillusionment? Would it cause an awkward relationship with his new teammate?

To the contrary, Thompson embraced his role as a mentor to Poole.

Poole said that Thompson took him under his wing, as the veteran invited the younger player to join him for workouts. Thompson would regularly send Poole encouraging texts and call him to lift his spirits after a bad game, sharing his own stories of shooting slumps and how he’d recover. Additionally, Thompson shared tricks of the trade, helping Poole become the best player he could be, thereby strengthening the team.

This shows remarkable emotional intelligence on the part of Thompson, who was able to keep any natural negative emotions in check and focus on being a positive force for his teammate and the organization.

But there’s something special the Warriors did three years ago, an act that empowered Thompson to do this.

When Thompson tore his ACL in summer of 2019, the team knew he would miss all of the following season. The team didn’t know if Thompson would ever return to form. Would he ever play another game for the team? Would he be a shell of the player he used to be?

It didn’t matter. Instead of cutting one of their star players, or paying him much less due to his injury, they rewarded Thompson–with a lucrative five-year contract worth 190 million dollars. As Thompson worked his way back from injury, the Warriors coaching staff made it clear that he would be returning to the starting lineup, despite Poole playing exceedingly well.

By rewarding Thompson and demonstrating loyalty to a player who had played a key role in the team’s winning multiple championships, the Warriors sent a powerful message, loud and clear:

You’ve sacrificed for us? We’re going to reward you. You’re going through hard times? We’ve got your back.

Likely, your organization doesn’t have as large a payroll as the Warriors. But there’s still a major lesson here for your company.

Research indicates one of the greatest factors in producing highly effective teams is creating a psychologically safe environment, an emotionally intelligent culture where team members feel protected, feel safe to be themselves and to take risks.

In other words, organizations and leaders that create trust and loyalty with their team members inspire those individuals to give the best version of themselves. Those people then give back to the organization, in the form of hard work–and in cases like this one, passing on their experience to newcomers. That’s a stark contrast from what we see in an organization with cultures that lack psychological safety–where teammates are reticent, suspicious, and unwilling to contribute to each other’s success.

So, if you’re a business owner or executive, and you’re interested in creating a culture that compounds the powerful interest of loyal human relationships, remember the story of the Golden State Warriors. Remember that the sailing won’t always be smooth, that your people too will go through rough times.

But if you can show support for your people when things are at their worst, they’ll be inspired to return the favor. They’ll come out better for the experience, and they’ll make those around them better, too.

Mars’ buried ‘lake’ might just be layers of ice and rock 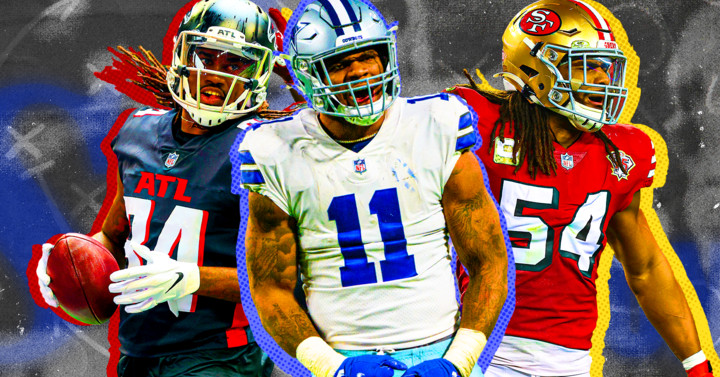 Establish the Fun: Cowboys and Niners turn up the heat, Falcons open up the pistol
1 min ago

Establish the Fun: Cowboys and Niners turn up the heat, Falcons open up the pistol