BTC continues to consolidate as everyone wonders what is the next move. One thing is for sure. BTC will not continue to move sideways with lower volume and lower volatility .

After BTC retested its May low, I started to heavily trade a 30K to 40K band. I felt the downside risk was reasonably established at 30K. Talks of a V-bottom recovery and a double top created enough positive sentiment to create a modest 30 to 50% upside. My strategy was to trade the volatility – every 250 pts down I bought, and I sold them 250 pts up. The strategy takes advantage of the market inefficiency of pricing BTC following a large impulse shock. The strategy was very effective.

However, as time progressed, volume , volatility , and the highs came down. Sentiment also got progressively more pessimistic. The number of trades/day decreased, and the the profit of my strategy dwindled by 50%. Overall, as the highs got lower, I had to reanalyze the risk/reward. The upside swings were getting predictably lower, on lower volume , and the downside selloffs were getting faster with more volume . The potential of an upside reversal is always possible, but the price, volume , and volatility on multiple time frames said the chances were low without a news event. Trading a wedge triangle where volume and volatility are dropping off tends to favor trend continuation.

As a professional investor, I need my money in the market making money. So, for me, I had to make a difficult decision. In, or out? My gut instinct was to get clear. Every monthly, weekly, daily, and 4hr trend are unfavorable even though many feel the price of BTC is “once in a lifetime”. I wanted one more indicator or piece of the puzzle before I made my decision so I looked back at previous BTC cycles to see if I could find a similar pattern of narrowing consolidation following a market top. I found several, but this one really emphasized the risk side of the equation, and the potential for a very nasty further sell-off.

The 2017 market top and sell-off is not an apple-to-apples comparison. Frankly, I just wanted to find this current long consolidation pattern after a sell-off to see what happened. The 2017 consolidation was actually quite longer than what we are experiencing. The fractal pattern is squished to make it easier to visually compare – obviously its comparable. The 2017 sell-off after the fractal pattern isnt shown, but its straight down and another 50%. That creates a realistic “low” of 16K. I’ve done regression analysis of BTC over its lifetime, and that worst case scenario is around 6.5K so 16K is being generous.

The volume profile is a fantastic tool. From the ATH till now, the heaviest volume centers around 35-37K (say 36K ). These are all short term holders (<6 months) who have the weakest hands. I’m assuming many have stop losses around 10% (around 32K). As price hovers lower and lower, I expect short term holders to get more nervous as the upside swings disappear, pessimism in the news grows, and they spend more and more time with unrealized loss. The priced stopped going down and settled at 36K because the short term holders sold out from their weighted price which was centered around 58K (bull run). New short term holders were enticed at 30K (a 50% discount ) and stepped in to stop the bleeding. However, those short term holders have now stocked their bags and are looking for profit not loss. They will be could be the markets new worst enemy if price tests the lows and they start to sell. The next big volume of holders is at around 20K. They sit comfortably watching the melee, but if price doesnt hold 30K, I have to believe many of them will also become sellers to protect whats left of their profit. The bottom line is that if price isn’t moving up, the market will push lower which will eventually trigger a flood of new selling that the market may have trouble absorbing. For this reason I’m out for now.

Insurance on Camaro: Everything You Need to Know 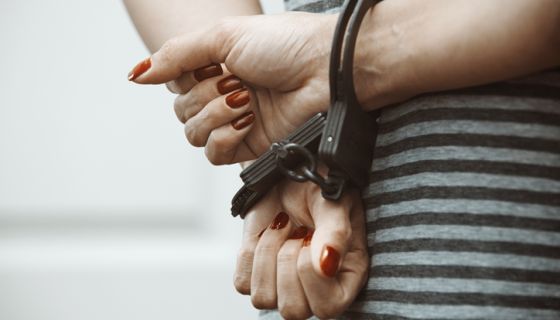 The Best Dust Masks for Woodworking Projects
7 mins ago