In every Congress since 2008, Rep. Marcy Kaptur has introduced legislation to create a federal program that would hire and train for jobs to combat the effects of the climate crisis.

Yesterday, the Ohio Democrat stood with House and Senate colleagues at a press event to celebrate the newfound momentum behind establishing a formal successor to the Civilian Conservation Corps, a New Deal-era initiative that put people to work building parks, paving roads and planting trees.

After 13 years of toiling in relative legislative obscurity around this concept, there’s little question now that Kaptur will soon see it included in the Democrats’ reconciliation bill, with congressional leadership and the White House strongly backing the proposal.

“I am using my power as majority leader to ensure that the Civilian Climate Corps will be included in the reconciliation package, and I will fight to get the biggest boldest CCC possible,” said Senate Majority Leader Chuck Schumer (D-N.Y.) at a press event outside the Capitol yesterday.

But what goes into this reconciliation measure will end up looking very different from the framework Kaptur first imagined.

Kaptur’s proposals have called for authorizing as much as $16 billion for a Civilian Climate Corps to be housed within existing federal agencies, prioritizing for participation veterans and Americans who have exhausted unemployment benefits.

However, over the last few years, two Western Democrats, Oregon Sen. Ron Wyden and Colorado Rep. Joe Neguse, have been pushing a bill — S. 487 and H.R. 1162 — that would provide $9 billion in guaranteed funding to create a “21st Century Civilian Conservation Corps” focused largely on jobs to prevent the wildfires that have ravaged their states (E&E Daily, Feb. 19).

Then Rep. Alexandria Ocasio-Cortez (D-N.Y.) and Sen. Ed Markey (D-Mass.), two stars of the progressive environmental movement, introduced legislation — H.R. 2670 and S. 1244 — to establish a roughly $130 billion “Civilian Climate Corps” that would pay a $15 minimum wage, provide opportunities for college student loan forgiveness in exchange for service, and require that participants be recruited from and placed in environmental justice communities (Greenwire, April 20). This is the proposal that has gained the most prominence, popularizing the term “Civilian Climate Corps” over “Civilian Conservation Corps.”

Meanwhile, Sen. Chris Coons (D-Del.), a close ally of President Biden, has long been pushing a measure, S. 1165, for increased investments to help young people enter national service through AmeriCorps, and sees the organization as the obvious and non-negotiable choice to oversee and execute a new Civilian Climate Corps.

Wyden, Neguse, Ocasio-Cortez, Markey, Coons, Chu and Kaptur gathered with Schumer and jubilant activists at the press conference yesterday morning. The rank-and-file members also all signed a letter with more than 80 Democratic colleagues agreeing to a set of core principles for any Civilian Climate Corps that gets integrated into the reconciliation bill.

Everyone is in agreement that the corps should undertake projects that reduce emissions and boost resilience, be responsive to a central coordinating entity within the White House, have some partnership with AmeriCorps and prioritize underserved communities. But everyone also has strong, and sometimes widely divergent, ideas about what needs to go in the final product.

Kaptur said she is worried about AmeriCorps fully absorbing a Civilian Climate Corps, saying it won’t be able to give participants the necessary technical skills to do the type of work that needs to get done.

And, whereas the other legislative proposals have given the Interior and Agriculture Departments some ownership of the program, Kaptur wants the Department of Energy to also be the beneficiary of corps work.

Moreover, she thinks the word “conservation” should be restored in the title of the program, even pitching her colleagues on rebranding the effort as the “Civilian Climate and Conservation Corps” during the course of the press conference.

“The word ‘conservation’ has special meaning … in the rural areas that I represent, and the non-urban areas,” she explained.

Kaptur’s history on the matter shows just how much the political and policy conversation has shifted over the last decade. And as legislative language gets hashed out in the coming months, competing egos and interests are likely to lead to major disagreements.

Ask who should get the credit for the momentum behind the Civilian Climate Corps concept, and everyone is eager to claim a piece of the pie.

Kaptur, when reminded by a reporter that she was among the first to introduce legislation around this subject more than a decade ago, replied, “Thank you for that.”

Wyden said his bill, with Neguse, was the model for the language the Biden administration used in its infrastructure blueprint calling for $10 billion for a Civilian Climate Corps.

“Just so you know the history, when Congressman Neguse and I put in the bill for a 21st Century Civilian Conservation Corps, the Biden people called us up and said, ‘You’ve got a great bill, and we’re gonna use the language of your bill for the Climate Corps,’” Wyden told reporters last week. “And we said, ‘Great, we’re just interested in getting it passed.’ You’ll get a good laugh out of Congressman Neguse on that.”

Neguse yesterday afternoon convened a hearing in the House Natural Resources Subcommittee on National Parks, Forests and Public Lands, which he chairs, to discuss his legislative proposal, adding that he was “proud to lead over 80 of my colleagues in a bicameral letter bringing together the common threads” of multiple Civilian Climate Corps proposals.

Coons said he had spoken to Biden “repeatedly” about investing more in providing people with additional opportunities to do service work through AmeriCorps, which received an additional $1 billion boost in the latest COVID-19 relief package.

Markey gave himself and Ocasio-Cortez pats on the back for introducing the proposal that was largely conceived of by the Sunrise Movement, a left-leaning environmental advocacy group that protested outside the White House and congressional offices demanding that a Civilian Climate Corps be funded as part of the congressional infrastructure push.

“It’s fair to say Sunrise helped build the vision of what the Civilian Climate Corps would look like, rooted in environmental justice and fighting the climate crisis, as well as some of the jobs we’re pushing — not just putting out solar panels, but we’ve expanded the definition to corps workers and people revitalizing their communities in ways that are not just cut and dried,” said Ellen Sciales, communications director for the Sunrise Movement.

Collin O’Mara, president and CEO of the National Wildlife Federation, which has been a strong advocate of establishing a federal program to succeed the Civilian Conservation Corps of the 1930s and ‘40s, said the chest-thumping was an encouraging sign.

“I love when folks are fighting over whose idea of it is,” he said, “because the likelihood of it getting done goes up exponentially.”

O’Mara said everyone has played a role in building the momentum that brought the Civilian Climate Corps to where it stands today. Kaptur drafted the first legislation, while Neguse was the first lawmaker to direct funding in his bill toward corps work that would help the most vulnerable communities, including those in urban areas (E&E Daily, June 25).

“Chris Coons was the leader in how to use existing infrastructure” to boost a Civilian Climate Corps, O’Mara continued. “And Sunrise deserves incredible credit for boosting the scale of ambition.”

Democrats at the press conference yesterday were largely unconcerned about the logistics, which in all likelihood won’t be ironed out until the fall.

“The beauty of reconciliation is it’s not an ‘either-or’ proposition. It’s a ‘yes-and’ proposition,” Ocasio-Cortez explained. “How are we going to combine elements from every single one of our proposals in order to make not just a broad program but one that is inclusive?”

Ocasio-Cortez was correct that Democrats have an advantage in crafting a Civilian Climate Corps in a piece of legislation that is designed to pass without Republican votes. Indeed, Republicans made clear yesterday that they weren’t on board with any of the plans as they are currently written.

“Simply creating a new government agency, spending a lot of money, when we don’t have a clear path and direction of how we’re gonna address these issues … we’re missing the mark on it,” said House Natural Resources ranking member Bruce Westerman (R-Ark.) during Neguse’s hearing on the Civilian Climate Corps, saying he preferred to empower the private sector to create jobs rather than the federal government.

But Ocasio-Cortez is also on record saying, in a recent letter sent to House Democratic leaders, that a Civilian Climate Corps should receive no less than $132 billion — a red line shared by the Sunrise Movement.

Markey said a $15 hourly wage for corps workers had to be the “floor” in negotiations. And Coons said AmeriCorps was the only organization qualified to oversee the program.

“It’s an existing, nationwide, deep infrastructure that has 25 years of experience of recruiting, training and mobilizing folks engaged in almost exactly the work that we’re contemplating for the CCC,” Coons said following the press conference. “I think everybody who was there this morning agreed … that AmeriCorps should be the heart of the CCC efforts.”

Kaptur, meanwhile, is aiming to stay positive as the early supporter of the Climate Corps concept, even as it becomes increasingly clear she will not ultimately be the face of this current effort. While the others boasted of their collaborations with the White House, Kaptur, the chair of the House Energy and Water Development Appropriations Subcommittee, said the only administration official she had spoken to was Energy Secretary Jennifer Granholm.

She still made clear that she intends to have her voice heard when the time comes to hash out the details, and that she was encouraging party leaders to facilitate a dialogue.

“The leadership on both sides needs to bring together the various authors of the bills, is what I think,” Kaptur told E&E News. “This is going to have to be carefully thought out.” 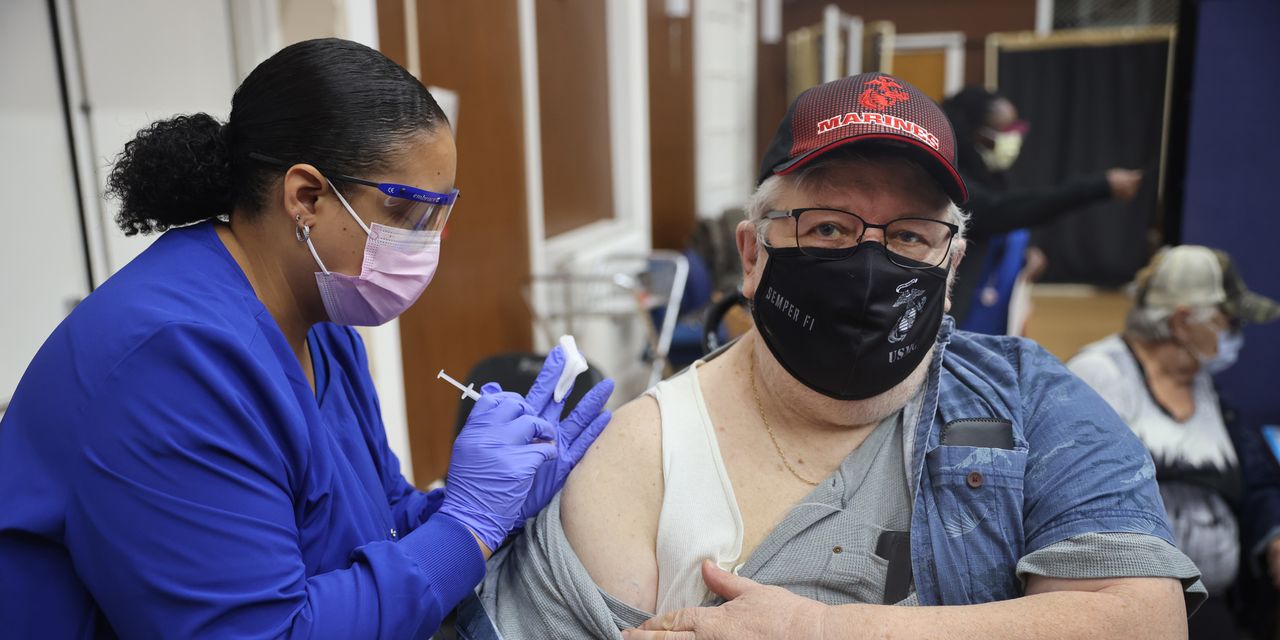 Does your job make you eligible for a COVID-19 booster shot?
2 mins ago

Does your job make you eligible for a COVID-19 booster shot? 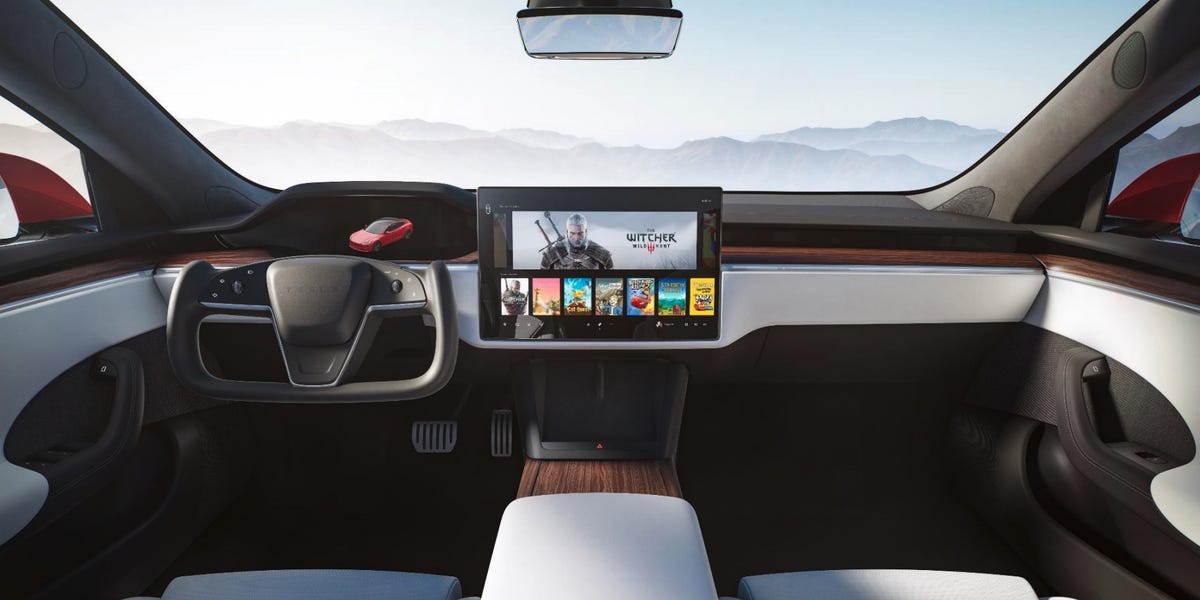 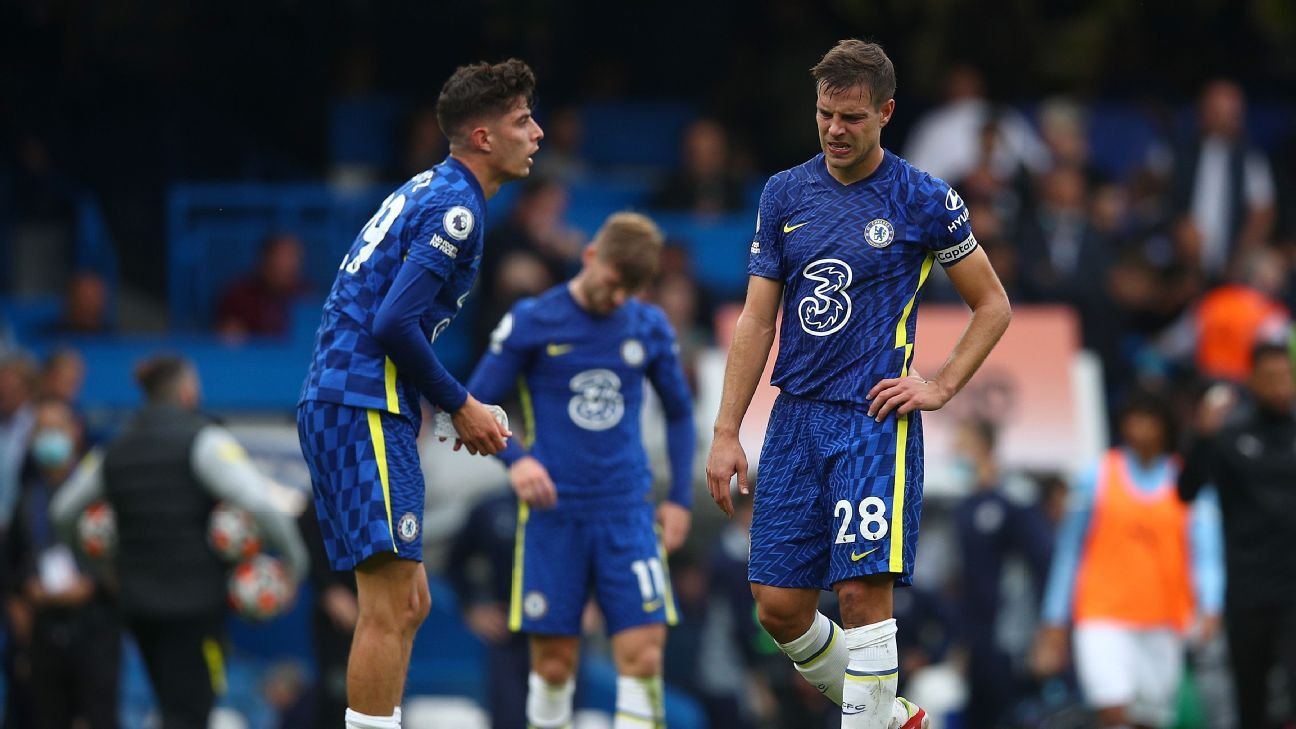