This is the second in a multipart special reporting series on coastal water quality. Read more.

In all, 48 sites in the Neuse, Cape Fear, Lumber and Waccamaw River watersheds were sampled as part of a study investigating microbial contamination in surface waters following the storm, which dumped up to 25-35 inches of rain in some areas of the eastern part of the state after making landfall in mid-September 2018.

In addition to human and swine feces contamination, the recently published study conducted by researchers at North Carolina State University also found a high prevalence of a little-known foodborne pathogen known as arcobacter, which has been classified as a serious threat to human health, in some of the water types sampled, including flood plains, channels and isolated waters.

“What was somewhat striking to us was that we did see both human and swine markers, but that there was an association that if a human marker was detected you were more likely to detect a swine marker as well than if you didn’t detect a human marker,” said Angela Harris, an assistant professor at N.C. State who led the study. “That just kind of highlighted to us that some of these sites were experiencing this double burden of contamination.”

The results of the study arguably underscore wastewater infrastructure issues in storm-prone areas that are anticipated to grow more vulnerable in a changing climate, one in which is expected to bring more frequent, large rainfall-producing storms.

The study notes that while the total discharges from swine lagoons during the hurricane are unknown, 29.1 million gallons was discharged from municipal wastewater facilities and more than 6,000 gallons from industrial facilities.

There are many ways in which human feces can get into the environment, Harris said.

“Things like leaky septic systems, leaky sewer pipes, these can all potentially introduce human fecal matter into the environment and when we think about flooding, a lot of our infrastructure, it’s really not designed to necessarily handle the type of flooding that we’re now experiencing. So, there is effort to think about how can we make our infrastructure more resilient to these types of events that will likely be more frequent due to our changing climate,” she said.

Wastewater infrastructure is a focus of one of the proposed revisions to the North Carolina Department of Environmental Quality’s Coastal Habitat Protection Plan, or CHPP, pronounced “chip.”

The plan, which is designed to protect and restore waters associated with coastal fish habitat, is reviewed every five years.

State environmental officials have included a proposed revision that calls attention to the fact that small, rural communities in eastern North Carolina generally do not have the funding to cover the high costs of retrofits and repairs to wastewater infrastructure systems.

The $1 trillion bipartisan infrastructure bill recently passed by the Senate and now awaiting approval from the House includes funding for climate resilience initiatives.

The bill is a step in the right direction, Harris said, but she thinks there are things that can be done better now in how we manage waste from humans and hogs.

It’s something she encourages her students to think about.

“We want students to realize that there is a lot of room for innovation in this space for infrastructure,” Harris said.

There’s also a need for more routine monitoring to help researchers understand how wastewater systems are impacted by different rainfall events and how various sources of contamination respond to rain events, she said.

For this study, researchers collected samples one to two weeks after Hurricane Florence and then one month after that.

The first round of samples showed similar contamination levels at some of the different types of waters included in the study.

“We did start to see some differences (in October) where the channel sites were more contaminated on average than the flood plain sites,” Harris said. “We don’t know for sure, but there are some hypotheses on why that might be the case. There might be some new fecal inputs during that time into the channels. Maybe because of the flooding some of the lagoons might have been quite full and so they might have been able to release some of that.”

Contamination levels could have been down in the flood plains, where water does not move at the pace it does in a channel, which may have allowed microbial contaminants to decay in sunlight.

Contamination levels remained the same in the channels between the first and second round of sampling.

Researchers went back out a year after the initial samples were collected to gather more samples, which are currently being analyzed.

Harris is working in several other sites in the eastern part of the state, including the Newport River near Beaufort, in an effort to get better measurements before another hurricane hits the area.

“Sometimes whenever you find contamination, I don’t want to just describe all the risks, I also want to be forward thinking and think about the solutions,” she said. “There’s room for innovation on how systems are managing waste, but there are a lot of designs and techniques that we do know of even now that can address some of these issues.”

He said a lot of animal farm operators in eastern North Carolina recognize extreme weather events are becoming the norm. Those include operators who employ either wet-waste systems, such as hog lagoons, or dry-waste systems used by poultry farmers.

“Those get equally affected in different ways, but extreme weather events affect them both,” Sharara said.

Many large hog farm operations located in flood plains in eastern North Carolina have been bought out through various programs, he said, which has helped curtail the risks of hog lagoon spills during major rain events.

To avoid similar issues with the growing poultry industry, agriculture officials are working with poultry producers to ensure poultry houses are not being built in flood-prone areas and that chicken waste is not stored in places where it is likely to wash away.

“In this case having nutrients that are, say, poultry litter after cleaning a poultry house stacked outside without having a covering for even a week can release a significant amount of nutrients in runoff,” Sharara said. “Being aware that weather and planning around weather is very critical when we talk about these nutrients.”

To help with the economic challenges farmers face with costs associated with wastewater treatment, researchers have created a concept that takes a cluster of farms in an area and processes waste from those farms at a centrally located composting facility or solar drying complex. This would generate enough composted product to sell, ultimately helping to offset the costs to the farm operators.

Work is underway to implement other runoff mitigation control measures on farms, both animal and crop, including no-till systems to reduce soil erosion, adding buffers at the ends of fields, creating tidal drainage and treating drain waters, and covering hog lagoons to reduce nitrogen emissions.

Sharara said there is no one silver bullet in reducing the agriculture-generated nutrients that make into stormwater runoff.

“We’re trying to look for all the different mechanisms we can put together to capture the nutrients and export them en masse in a valued product,” he said. “Agriculture is one of the industries where the nutrients can move at large scale. Unlike point sources where there’s a discharge pipe where you know the nutrients are leaving a factory or facility, on a farm the boundary of the field can potentially be a source, the ground underneath can potentially be a source or an avenue for nutrients to migrate from. We know that nonpoint source is going to increase with increases in rainfall and with extreme weather events. Our challenge is getting greater now to make sure that there’s less likelihood of nutrients leaving ag systems to estuaries or water systems.” 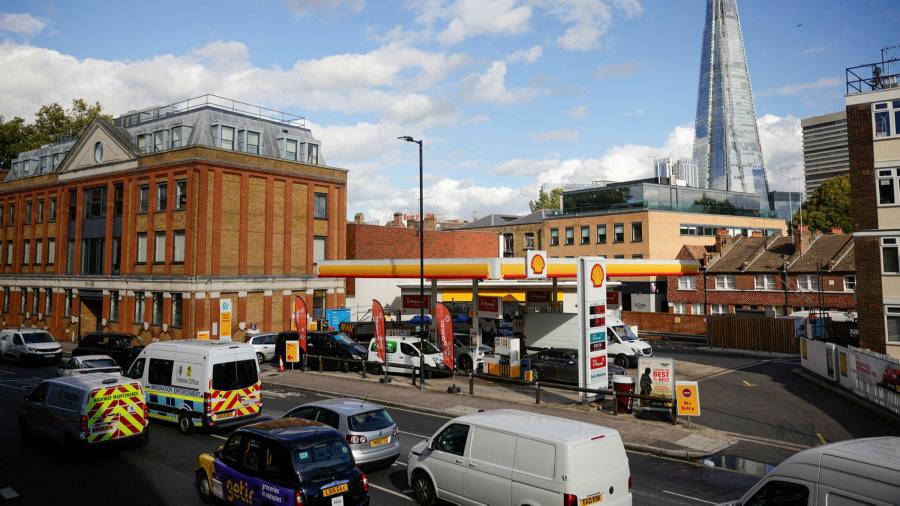 The commodities surge comes for oil
4 seconds ago

The commodities surge comes for oil

Amazon Reveals the Science Behind Astro, Its New Robot | Digital Trends
1 min ago 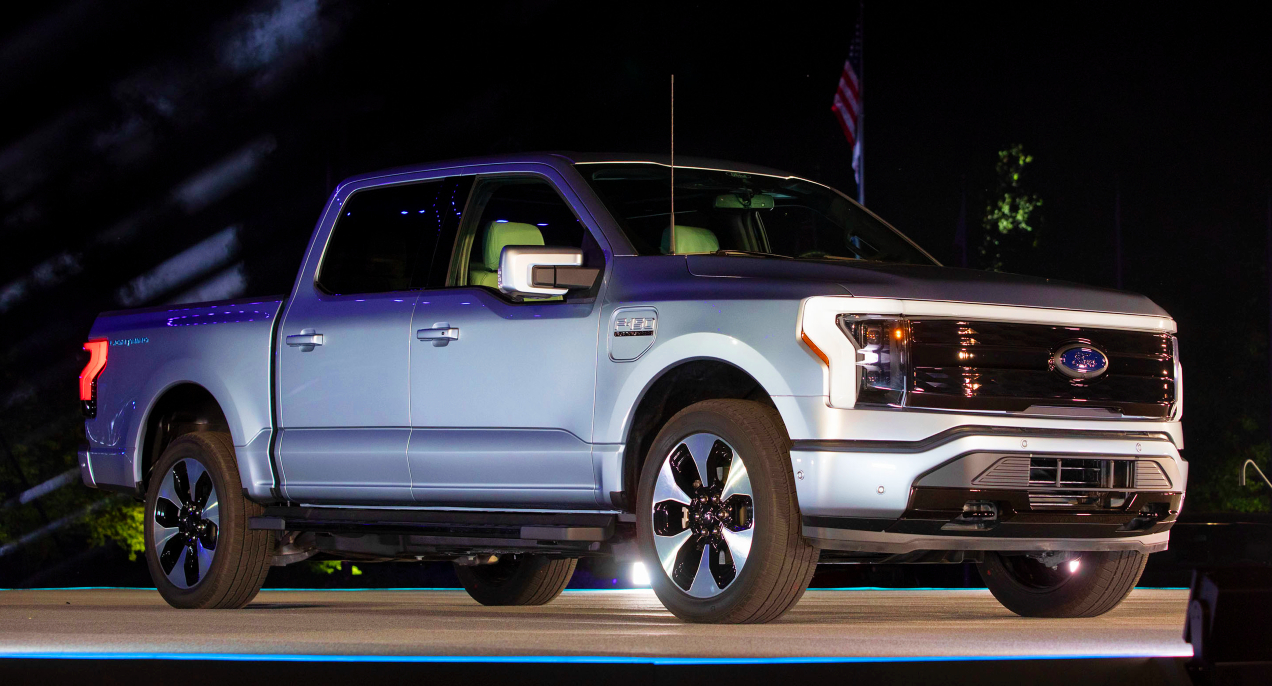