Bally’s, which got the nod from the City Council last month to build the Chicago casino at the Tribune Publishing site in River West, is already something of a long shot to open its temporary facility at Medinah Temple by June 2023.

The Rhode Island-based casino company has yet to file an application for the Chicago casino with the Illinois Gaming Board. It took the most recent licensee — Hard Rock Casino Rockford — 16 months to get preliminary approval from the board and two years to open a temporary casino.

“We’ll be ready to file by the end of the month, hopefully,” Bally’s Chairman Soo Kim said Wednesday.

While Bally’s made its promised $40 million upfront payment to Chicago last week with the signing of a host community agreement, it may be falling behind on an ambitious regulatory timeline that includes getting state approval and going through the city’s planning and zoning maze.

Getting the permanent casino open by the first quarter of 2026 could be challenging as well, with ongoing opposition from neighbors and new questions about Tribune Publishing’s plans for its printing operations.

Tribune Publishing said Thursday it is exercising an option to extend its printing plant lease, which is set to expire in June 2023, for another 10 years. At the same time, Tribune’s parent company, hedge fund Alden Global Capital, has purchased through a subsidiary a number of former Gannett printing facilities, and has a contract to buy the Milwaukee Journal Sentinel’s recently idled printing plant in West Milwaukee.

“We have been working with the parties to find a solution that works for everyone, with a focus on ensuring the print edition will continue to serve our readers,” Par Ridder, general manager of the Chicago Tribune, said in an email. “No decision has been made to move printing operations to Milwaukee.”

Once a Chicago-based casino operator, the Bally’s name was purchased in 2020 by Twin River Holdings, a publicly traded Rhode Island company, which owns and manages 14 casinos across 10 states. In June 2021, Bally’s made its entree into Illinois with the $120 million acquisition of Jumer’s Casino & Hotel in Rock Island, which it renamed Bally’s Quad Cities.

Selected from among three competing bids last month, the Bally’s proposal to build a $1.74 billion casino complex in River West is expected to generate $200 million in annual tax revenue for the city, transform a 30-acre industrial site into a bustling entertainment destination and send the Chicago Tribune printing plant packing from its longtime home along the Chicago River.

The city, which is banking on casino revenue to plug its public pension funding holes, steered Bally’s to the Medinah Temple building, a vacant River North landmark, for use as its temporary facility while the permanent casino is built. The state allows casinos to operate in a temporary facility for up to two years, with the ability to apply for an additional 12-month extension, before opening a permanent location.

Turning the Medinah Temple into a gambling palace by June 2023, however, could be a stretch.

Florida-based Hard Rock International, one of the three finalists bidding for the Chicago casino, submitted its application for a new Rockford casino in October 2019. The Gaming Board didn’t grant preliminary approval until February 2021, and the temporary facility opened nine months later.

Hard Rock Rockford was granted a full license by the Gaming Board in January, with a two-year window to build its proposed permanent facility at the site of the former Clock Tower Resort.

The Rockford casino, one of six created by a sweeping gambling expansion bill passed by the state in 2019, was the first to open. Casinos in south suburban East Hazel Crest, Waukegan, Danville and Williamson County, all took more than a year to be found “preliminarily suitable” by the Gaming Board, the precursor to opening even a temporary casino.

As the last of the six new casinos seeking approval, and the only one already licensed to operate in Illinois, the Gaming Board said the process might go a little faster for the Bally’s Chicago proposal.

“Generally speaking, having people and entities that are already licensed by the IGB could accelerate processing,” Marcus Fruchter, Illinois Gaming Board administrator, said in an email Thursday. “But … every application is unique and the same entities, investors and structure that the IGB licensed in connection with Bally’s Quad Cities casino may not be identical to what Bally’s submits for its Chicago license application.”

Bally’s has an option to buy the printing plant site from Dallas-based Nexstar Media Group, the nation’s largest TV station owner, which acquired it in 2019 as part of its $4.1 billion purchase of Tribune Media — the former broadcast parent of Tribune Publishing.

The plan requires demolishing the 41-year-old Freedom Center plant and relocating the Tribune printing operations to make way for building the permanent casino. But Tribune Publishing, which owns the Chicago Tribune and other major daily newspapers, may have other plans.

“A move out of Freedom Center would require a prolonged planning effort and would be very, very expensive,” Ridder said. “The key point is that we’ve exercised the option to renew the lease at Freedom Center.”

Tribune Publishing, which was acquired by Alden Global Capital in May 2021, is negotiating a 10-year lease extension for the plant that would run through June 2033. In addition to the Chicago Tribune, the plant also prints the Wall Street Journal, the New York Times, the Chicago Sun-Times and other newspapers.

If Tribune Publishing and Nexstar can’t come to terms on the lease extension, the matter would go to arbitration, according to sources familiar with the negotiations.

Once Bally’s exercises its option and buys the site — pending regulatory approval — the casino company will become Tribune Publishing’s landlord. Bally’s will then have the right to relocate the Tribune if it can find a comparable site for printing operations.

Bally’s is planning to build a casino complex that would include an exhibition hall, a 500-room hotel tower, a 3,000-seat theater, an outdoor music venue, six restaurants and a gambling floor with 3,400 slots and 170 game tables.

The River North Residents Association, which represents about 23,000 people living near the proposed Bally’s site, has opposed the casino from the outset. In advance of the city’s planning review, which includes an opportunity for community engagement, the organization recently sent a letter to Bally’s, city officials and the gaming board with a list of 42 proposed “adjustments” to the plan.

Recommendations included an overall reduction of the broader planned development, the elimination of a pedestrian bridge connecting the casino to Ward Park and replacing a proposed outdoor music venue with a “dog-friendly” park.

“You can’t reduce negative impacts from a project like this to zero,” said Brian Israel, president of the River North Residents Association. “But we want to reduce them to the extent possible.”

While Bally’s remains open to public input for potentially tweaking the permanent casino proposal when the planning process begins, the larger goals of the city will take precedence, Kim said.

“I think that the letter that the neighbors of River North sent reflects a very different vision for what this project is supposed to accomplish than what the city wants,” Kim said. “The city wants to engage the 50 million-plus tourists that come to Chicago, and the neighbors are more ambivalent to that.”

Bally’s, which originally envisioned a low-slung, windowless casino to supplant the printing plant, was encouraged to design a bigger and glitzier complex by the city, and required to buy the entire 30-acre property by Nexstar, Kim said.

As such, Bally’s will have the option to develop or sell a large portion of the site not occupied by the proposed casino complex.

Kim said those decisions will wait until Bally’s has a finalized development plan for the casino approved by the city, leaving room to shift elements as needed during the review process.

One possible option could be to allow Tribune Publishing to maintain its printing operations on the site, taking advantage of what presumably would be increased rent and a “more material revenue stream,” Kim said. 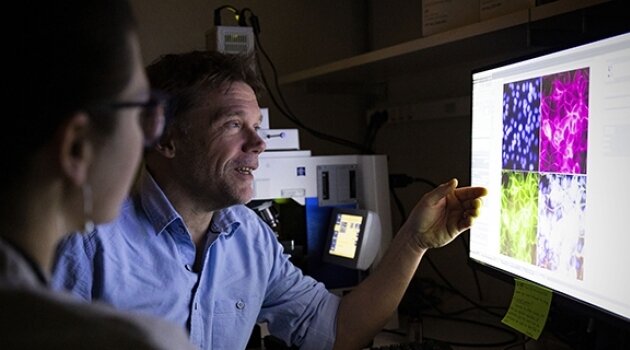 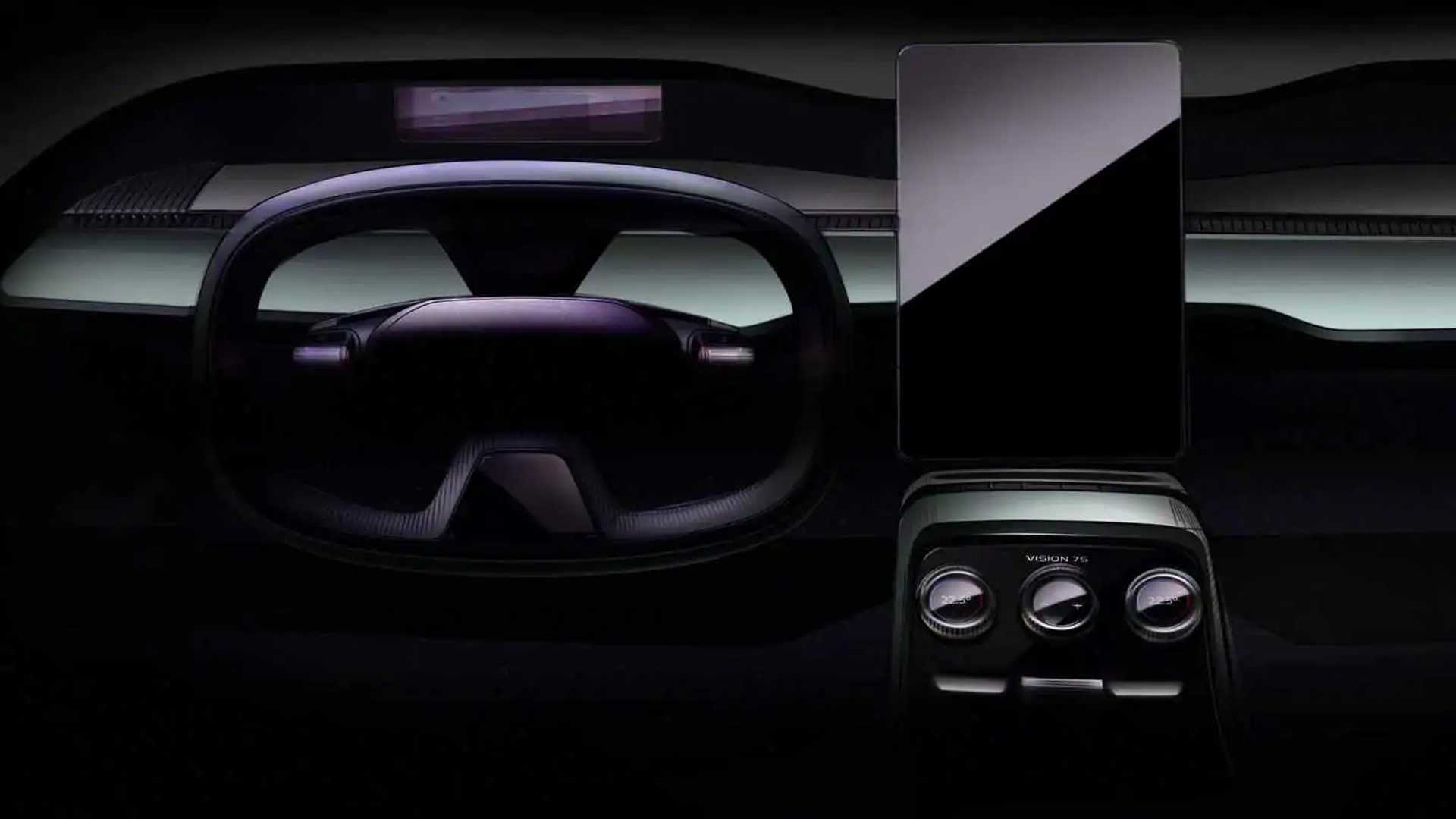 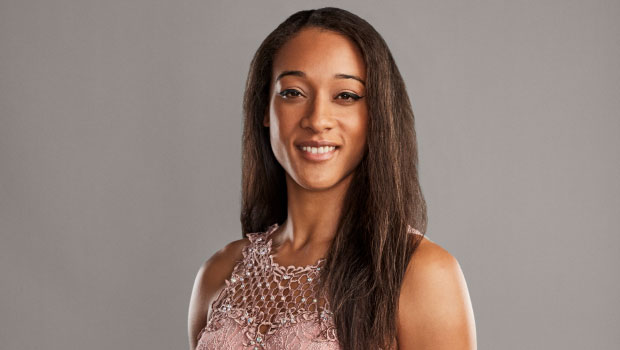