What’s usually an upbeat Wednesday Evening Market in Highwood was converted into a candlelight vigil as the city showed its support for those affected by Monday’s mass shooting during the Fourth of July parade in nearby Highland Park.

The vigil began about 6:30 p.m. at Everts Park, 111 North Ave., where neighbors tore up strips of orange fabric, the shade signifying gun violence awareness, and tied them side by side along a long piece of black fabric hanging like a clothesline from one tree to another.

On a table, they placed a white banner with the word “ENOUGH” stenciled into a drawing of a bullet, the orange and black strips of fabric dancing in the wind behind it.

Groups of lawn chairs were set up on the grass on the breezy, overcast evening as white flowers were handed out.

Below a pink heart, a message in chalk read “Love will prevail” next to “HP Strong.”

A poster board read, “Highwood Strong — We Stand With — HP Strong” next to attendees passing out candles.

Neighbors hugged and gathered in small circles around the park to talk, a blend of conversations in Spanish and English.

“A lot of the victims also were from Highwood,” Renee Facchini said. “Highwoodans go to the Highland Park parade.”

Penny Facchini said they consider Highwood and Highland Park as being one community.

“We came here specifically because we feel more of a kinship with Highwood,” she said.

Penny is a third-generation Highland Park resident and her daughter fourth-generation, working on closing on a home nearby, she said.

Living there for so long, they said they know many of the victims who were killed and injured, and know the shooter’s family, as well as first responders.

“I don’t think people are grasping how small of a community we really are,” Renee Facchini said.

While they’ve been to the Fourth of July parade in past years, the Facchinis skipped the parade on Monday, Penny said, calling it a “fluke.”

The Facchinis said it’s important to come together to heal.

The Facchinis, who are Jewish, brought seven memorial candles to the event.

“When people die, in Judaism, you light a candle to remember their soul and to keep their soul sort of alive,” Renee Facchini said. “So we have seven candles with us today and we are going to leave them in memory of the seven souls who have been so brutally taken from our community.”

Jane Frankenthal and Kara Britzman, who have been best friends since childhood, grew up in Highland Park and now live in DeKalb.

The women reached out to one another to talk about the attack, and soon learned the father of a high school friend was killed, they said.

Frankenthal said she had a strong reaction when she heard about the Sandy Hook shooting in 2012, and again in May when 19 elementary school children and two teachers were killed in a mass shooting in Uvalde, Texas.

“And then it comes to your own town and despite how overwhelming those feelings were, it cannot beat the feeling you have when it’s on my own street,” she said.

“I mean we went to that parade every year. It was like the high point of the summer. Going to the Fourth of July parade, watching the bands, watching the fire trucks,” she added shaking her head in disbelief. “And then to look at the pictures and the blood on the sidewalk.”

Britzman, who is a therapist at Northern Illinois University, said it’s scary how common mass shootings are becoming. She hopes that as people increasingly become affected by gun violence, more people will wake up and take action to start preventing the attacks.

“I know that this kind of trauma lasts a long, long time,” she said.

Highwood Mayor Charles Pecaro addressed those gathered before prayers and statements from Rabbi Michael Sommer and Father Hernan Cuevas. Pecaro said many are feeling a range of emotions, from sadness to disbelief and anger.

“My hope is that you find strength in knowing that you are not alone,” Pecaro said. “We all feel that way.”

Julia Tyrrell, 16, sat in a lawn chair staring into the flickering flame of a candle after the vigil as her mom and sister, Gracie Tyrrell, 19, approached her. The Tyrrells live near Highland Park High School, about two blocks from the parade route. Julia Tyrrell slept over at a friend’s house in Mount Prospect. Had she been home that morning, the family would have likely been at the parade. Instead, she woke up late to several missed calls and text messages asking if she was OK, she said.

“My friends that were there, I just can’t imagine what they’re feeling,” Julia said. “And I feel so horrible for that little boy that lost both of his parents. That is so horrible.”

She said despite growing up practicing live shooter drills at school, she never expected a mass shooting to happen where she lives. She worries that her friends who were at the parade were processing the experience in isolation, Julia said, adding that the vigil and being surrounded by neighbors made her feel less alone.

“No one has to go through this alone,” Julia said. “There’s support and everyone’s here for each other and I think it’s important to come together as a community.”

Throughout the event, people wrote notes and tied them over the orange fabric.

“Why are guns more highly valued than human life?” one note said.

“We weren’t the first, and we won’t be the last. Enough is enough.” another said.

Jacqueline von Edelberg brought the orange ribbon art installation to the park after the director of the Highland Park Arts Center asked her to. She has an installation at the arts center with orange fabric as part of the center’s Arts in Action program, she said.

This week, she’s been going to vigils in Highland Park, where she moved 10 months ago. She said the art project is a way for people to express themselves and share those feelings.

“I also think it’s important that there’s artifacts of what’s happened,” von Edelberg said. “There are artifacts of the feelings you have.”

Her boyfriend’s sons were in the parade and had just passed the area where the shooter started firing.

“The gunman missed them by seconds.”

She said the fight against gun violence is becoming ridiculous.

“We’re fighting AK-47s with fabric,” she said through tears. “We are down on our hands and knees begging for change.” 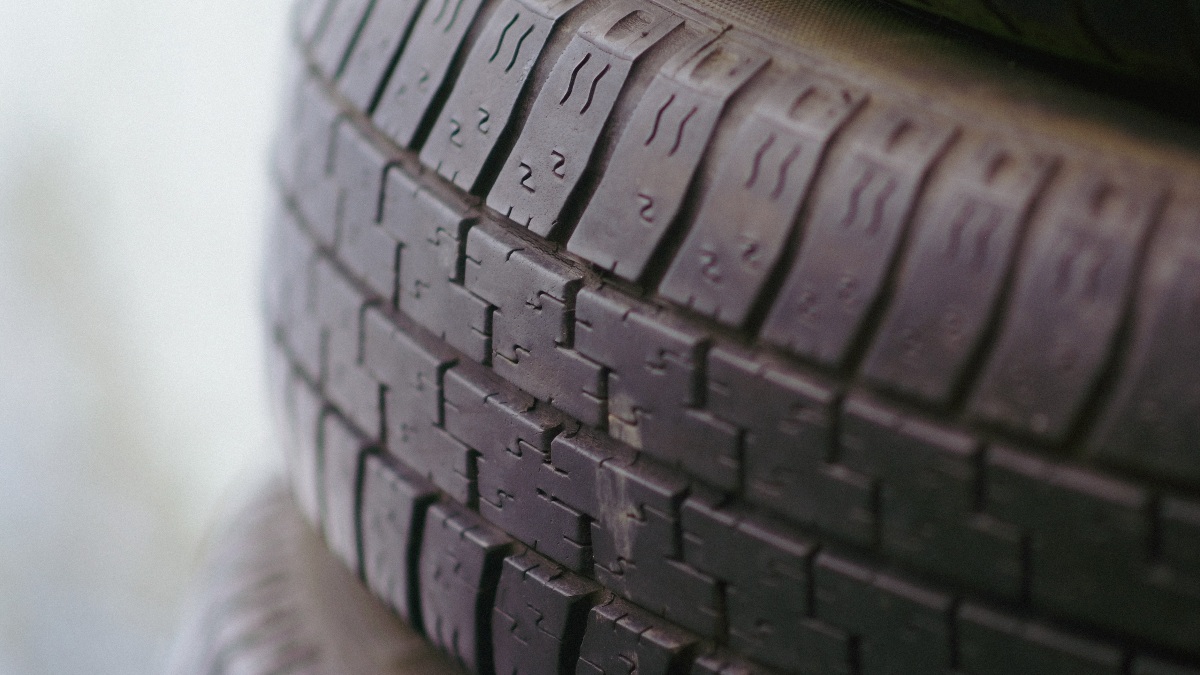 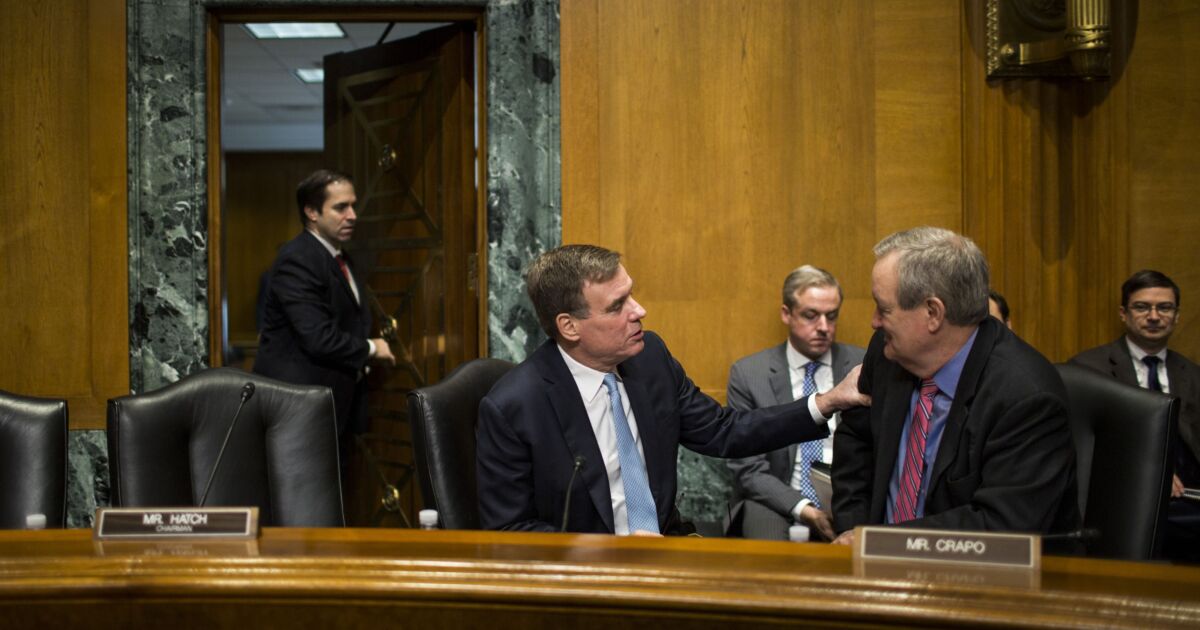