The 2022 NBA draft lottery is now less than three months away, with a picture of the teams that could snare the No. 1 pick gaining more clarity with each day of games on the NBA schedule.

The right to select one of the Big Three — Gonzaga Bulldogs forward Chet Holmgren, Duke Blue Devils forward Paolo Banchero and Auburn Tigers forward Jabari Smith — in June figures to be the focus for all of the possible lottery teams, but there’s a long way to go before that circumstance is established. In fact, movement at the top of NBA big boards is already happening. After a clear 1-2-3 order of Holmgren, Banchero and Smith had held steady over most of the past three months, ESPN’s latest NBA mock draft alters it, with a number of new names rising into the new first round and on our mock draft boards.

ESPN’s NBA draft experts Jonathan Givony and Mike Schmitz have been evaluating players and talking to NBA scouts and team stakeholders throughout the winter. Givony’s latest 2022 NBA mock draft is below, and Givony and Schmitz also weigh in on a handful of key players who have seen their stock rise, fall or remain steady in recent weeks.

Note: The projected 2022 draft order is based on ESPN BPI draft projections as of Monday. The full 1-58 order also reflects picks owed and owned.

33. Indiana Pacers (from Cavaliers via Rockets)

41. Minnesota Timberwolves (from Cavaliers via Wizards)

Smith leapfrogs Duke’s Paolo Banchero (more to come on him later this week) for the No. 2 spot in our top 100 and, as we wrote in January, has an excellent chance to ultimately be the top pick in the draft if he continues on this trajectory throughout the SEC and NCAA tournaments. With both Givony and me getting live looks at the 18-year-old within the past few weeks, we were yet again blown away by his combination of defense and shooting versatility, as he continues to torch opponents with pull-up 3s, step-backs, turnarounds and on-the-move jumpers thanks to his high release, footwork and feathery touch.

Chet Holmgren remains at No. 1, as he’s having a record-breaking season in terms of efficiency (72.7 true shooting percentage) while showing some downright silly flashes on both ends of the floor in WCC play, yet you won’t be hard-pressed to find high-ranking executives who view Smith as the clear top prospect in the draft. After spending time with Smith in Auburn, Alabama, and breaking down film with him, I believe he’ll only strengthen his case once he gets in front of NBA teams in the interview process. Ask him if he’s the best prospect in the draft, Smith calmly says: “I feel like I am.” –– Mike Schmitz

Complete scouting report from Mike Schmitz (No. 2 in Top 100)

With the G League Ignite season winding down, the 18-year-old Australian American guard has cemented himself as the top NBA prospect on the prospect-laden team, and a likely lottery pick come June. What stood out most in the NBA Rising Stars game was just how Daniels more than fits in physically with some of the NBA’s top young talent, not looking too far off in terms of functional size from a 6-8 rookie like Cade Cunningham. You’d regularly hear scouts and execs comment, “he’s huge!” in regards to Daniels, who becomes even more interesting if he can function as a playmaking wing in addition to a secondary ball handler. Given his positional size, feel for the game, professional approach and two-way impact, Daniels has as high of a floor as any perimeter player in this class and is deserving of interest in the back half of the top 10 through the late lottery –– Mike Schmitz

Complete scouting report from Mike Schmitz (No. 12 in Top 100)

The last time we checked in on Baldwin in late December, he was coming off a challenging stretch of nonconference action, with poor showings against Florida, Colorado and Rhode Island, the best teams Milwaukee will face this season. Since then, things have gone from bad to worse, as he has missed significant time with a troublesome ankle injury and COVID-19, while continuing to struggle in Horizon League action, shooting just 28% from the field with more than twice as many turnovers as assists since the start of the calendar year.

NBA teams privately sound extremely concerned about Baldwin’s left ankle, which caused him to miss most of his high school senior year and is clearly not 100% based on the amount of time he has missed and the fact that he has been essentially day to day for the past two months. Baldwin has one last chance to salvage his season when the Horizon League championship starts at the beginning of March, if he even is able to suit up. Milwaukee will need to win four games to make the NCAA tournament, a tall task to say the least, but scouts will want to see if Baldwin can at least show more urgency than the extreme level of apathy he has mostly displayed thus far. — Mike Schmitz

Complete scouting report from Mike Schmitz (No. 25 in Top 100)

Still the same age as some college freshmen, Diop is playing some of the best basketball of his career of late, starting many of his team’s recent games and establishing himself as one of the most versatile defensive big men in the European game. Diop is as mobile and energetic a big man as you’ll find in this class, tasked with putting out fires all over the floor for Gran Canaria, be it trapping opponents at half court, switching or hedging ball screens well beyond the 3-point line, helping off his man to double the post or protect the rim, or making some tremendous plays recovering from the perimeter to meet opponents at the summit. 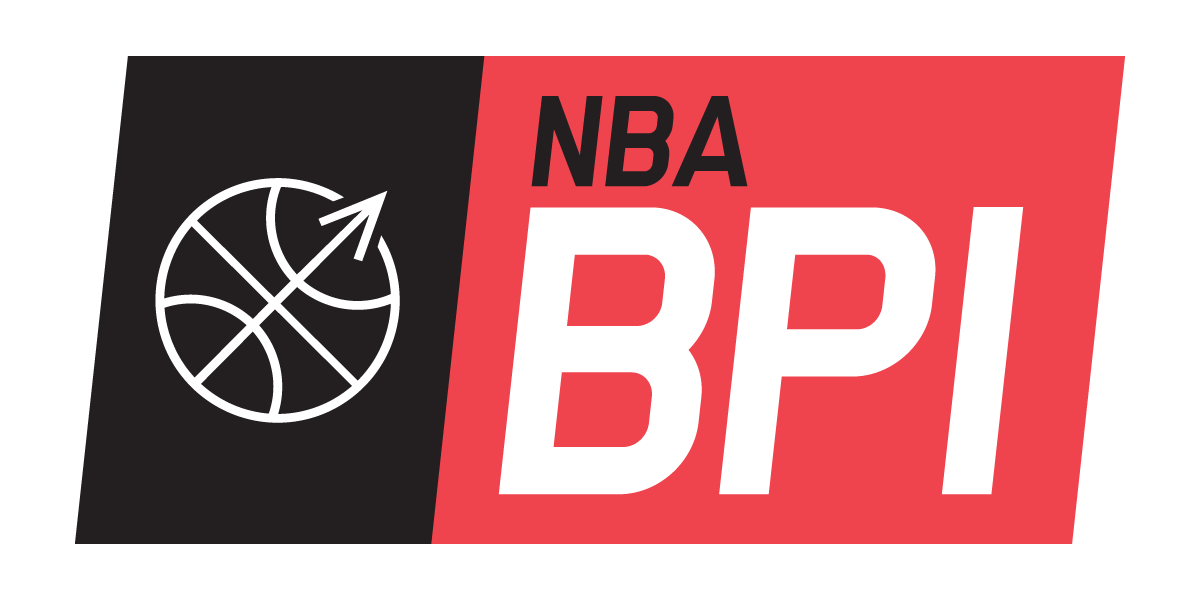 Who is No. 1 in the latest NBA Basketball Power Index? Go to Ratings

What NBA teams think about Diop will likely largely depend on what they think about the level he plays at. Diop has a high floor as an NBA backup, but there are many teams that simply prefer to have highly skilled players on the floor at every position and won’t be interested in a player in this mold, which could relegate him to the second round — Jonathan Givony

Complete scouting report from Jonathan Givony (No. 36 in Top 100)

Tshiebwe not only leads college basketball with his 15.2 rebounds per game, he’s posting the highest rebounding numbers in modern college basketball history both on a per-game and per-minute basis thus far, eclipsing Xavier McDaniel (14.8), Shaquille O’Neal (14.7) and Tim Duncan (14.7) in the process. While the correlation between gaudy college rebounding numbers translating to NBA success (or even carving out any real role in the NBA) is dubious at best historically, the improvement Tshiebwe has made in other areas does bode well for his chances of bucking that trend.

Monday through Friday, host Pablo Torre brings you an inside look at the most interesting stories at ESPN, as told by the top reporters and insiders on the planet. Listen

While undersized for a center at 6-foot-8 without shoes, Tshiebwe’s exceptional wingspan (7-foot-4) and chiseled frame allows him to play much bigger than his height. While unconventional, and perhaps not as modern a big man as NBA teams tend to prefer recently, Tshiebwe has done a great job of changing the narrative around his pro prospects by sheer will, productivity, and most importantly, impacting winning. — Jonathan Givony

Complete scouting report from Jonathan Givony (No. 44 in Top 100)

Branham has gained considerable traction amongst NBA scouts as a potential one-and-done first-rounder thanks to his stellar play over the past two months. After averaging 16.0 points, 4.6 rebounds and 2.6 assists on 55% shooting from 2 and 42% from 3 in January (eight games), Branham has carried that momentum into February by knocking down 63% of his triples over six games, capped off by an impressive 27-point performance on just 13 shots in an overtime win over Indiana on Monday.

First ever live look at 19-year-old, 6-5 Buckeyes guard Malaki Branham, who has already had some really impressive two-way performances during his freshman season. Long-armed guard who can shoot (45% from 3) and defend. 35 PTS @ Nebraska and 20 PTS @ Purdue. pic.twitter.com/q5o7rVGhlo

While it initially seemed like Branham was trending more toward being a 2023 first-rounder, his play over the past two months has surely expedited that process. He’s now trending toward becoming a legitimate option for teams drafting in the first round come June, especially if he strings together a few more signature performances with a slew of high-level decision-makers expected to set up shop in Indianapolis for the Big Ten tournament. It’s not easy to find long, rangy perimeter players who can score at all three levels and defend multiple positions, and at just 18, Branham fits that mold. — Mike Schmitz

Complete scouting report from Mike Schmitz (No. 45 in Top 100)

Samar has been a longtime fixture on the international youth circuit, helping Slovenia to a surprise third-place finish at the FIBA U18 European Championship in 2019. Despite standing 6-foot-6, Samar ranks top five in the ACB (Spain) in assists and No. 1 in the league in pure point rating, thanks in part to his sparkling 3.3 to 1 assist-to-turnover ratio. He’s one of the most creative passers in this draft class off a live dribble, an absolute maestro in pick-and-roll with tremendous pace, ballhandling ability and vision who gets anywhere he wants on the floor despite not possessing blazing quickness.

While Samar isn’t exactly a prototype for what the NBA is looking for at the guard spot — with his slow-it-down game, average length, explosiveness and just decent finishing and overall scoring ability — it has become increasingly difficult to ignore his tremendous feel for the game and productivity at the highest levels of competition. His size, basketball instincts and versatility should allow him to fit into different lineup configurations, and his comfortable contractual situation should make him one of the more attractive “stash” options for teams with multiple picks that aren’t looking to roster all of their draft choices, making him a real candidate to hear his name called on draft night. –– Jonathan Givony

Complete scouting report from Mike Schmitz (No. 70 in Top 100)

The combo guard Rollins has played his way onto the NBA draft radar thanks to a breakout sophomore season with Toledo in which he ranks in the top three in the MAC in scoring (19.3) and win shares through 26 games. Only two under-20 players in the entire country are averaging at least 19 points per game: Rollins and future top-10 pick Johnny Davis. Overall, Rollins looks like he’s a year away from maximizing his draft stock, as there’s still room to grow with his shooting consistency (32.8% from 3), defensive intensity and floor game (3.4 assists to 2.5 turnovers).

Rollins will surely get no shortage of interest if he does opt to test the NBA draft waters, especially if he can help lead Toledo, which sits at first place in the MAC, to a conference tournament title and an NCAA tournament bid. With that said, if Toledo doesn’t make the Big Dance and Rollins doesn’t have an opportunity to prove himself against more high-major opponents, he’ll be firmly in the first-round mix in 2023 if he returns for his junior season, develops into a 40% 3-point shooter, gains more experience as the primary ball handler and finds more consistency on the defensive end. –– Mike Schmitz

Complete scouting report from Mike Schmitz (No. 93 in Top 100)