The transfer window deadline in Europe has is just under two weeks away and clubs are busy putting the finishing touches to their squads for the new season.

However, while there have been some big-money moves already (Man City dropping £100m to land Jack Grealish, Chelsea spending £97.5m to sign Romelu Lukaku and Man United parting with £73m for Jadon Sancho), even in the face of the financial issues caused by the COVID-19 pandemic, the elite clubs are still struggling to move on players to balance the books.

That means a lot of unhappy players, unhappy clubs, and a lot of uncertainty for some as we head into the final stages of the window.

Here’s a list of some top players who could use a change of scenery if they are able to negotiate an exit to pastures new.

Lingard 2.0 had a brilliant four months on loan at West Ham last season, scoring nine goals and providing five assists in 16 games, and it was enough to persuade Ole Gunnar Solskjaer to give him a chance in the Man United first-team squad. The problem is the player ahead of him in the pecking order is Bruno Fernandes. Lingard built up his confidence with some stellar performances, but that will dissipate quickly if he finds himself on the bench too often. Every big club needs to rotate players to compete in multiple competitions, but it feels like Lingard’s career will suffer if he stays.

Man City are well stocked in attacking midfield and the £100m addition of Aston Villa‘s Grealish only added to their options. However, Silva has reportedly made it clear that he wants to leave, and manager Pep Guardiola took the unusual step of mentioning him by name during a news conference earlier this month, saying: “Not just Bernardo, there are two or three players that want to leave Man City, but they are our players and when they bring some offer and they want to leave, we are open to discuss but it depends on them.” Silva’s issue is that he wants to move to LaLiga, where Barcelona and Real Madrid are suffering from unprecedented financial constraints. City value the transfer at around €60m for him, and there are just no takers at that price.

For a player of Shaqiri’s quality, 63 games over three seasons just isn’t enough first-team football. The Switzerland midfielder is a wonderful option as a backup, but he hasn’t been happy playing behind Mohamed Salah, Sadio Mane and Roberto Firmino. It’s certainly tough to break that trio up, and with Diogo Jota back to full fitness there’s another player ahead of him in the pecking order. But for the sake of his career, Shaqiri would do well to move on — especially when Liverpool have a readymade replacement in young Harvey Elliott — with Lyon interested. Striker Divock Origi is another who may be considering his future at Anfield after playing only 17 times last season.

ESPN first reported in February that Arsenal had an agreement with Bellerin to allow him to find a new club this summer after a decade of service. The right-back is still only 26 and the Gunners have reportedly explored swap deal options with both Atletico and Barcelona, while talks with Inter Milan collapsed, but there seem to be few takers. Arsenal are well stocked at right-back with Calum Chambers, Cedric Soares and Ainsley Maitland-Niles — as well as left-back Nuno Tavares, who played there last weekend — yet none are top quality, and Bellerin deserves more for his loyalty over the years than being ushered out the back door.

Chelsea are specialists in obtaining players they can’t move on: see the careers of Danny Drinkwater, Tiemoue Bakayoko, Davide Zappacosta, Baba Rahman, Ross Barkley and Michy Batshuayi as evidence. But Hudson-Odoi is in a different class and could actually raise some cash if the Blues decide to let him go. Sources told ESPN that Bayern Munich were interested last year, and while that may have cooled, the England winger might look at the £34m exit of striker Tammy Abraham to Roma this summer as a sign that he might be better off starting afresh.

After a breakthrough season in 2016-17 that saw the midfielder makes his senior England debut, Winks’ career has stalled somewhat. Still only 25, he made just 15 appearances in the Premier League last season and it remains to be seen whether he has the confidence of new manager Nuno Espirito Santo. Winks was an unused substitute in the opening win against champions Man City, with the younger Oliver Skipp preferred instead, and while he has spent his entire career at Tottenham, it may be time to move on if he still has international ambitions.

Where to start? With a total debt that has risen to €1.35 billion, despite the exit of Lionel Messi, Barcelona are in a financial mess. Clearly they would accept offers for most of their squad — except for wunderkinds Ansu Fati and Pedri — and defender Samuel Umtiti and midfielder Miralem Pjanic are among those high earners at the top of the list, but none more so than playmaker Coutinho. The Brazilian was signed for €160m from Liverpool in 2018 but hasn’t impressed, and it’s remarkable he’s still at the club. Maybe he’ll get a new lease on life (and the No. 10 shirt) now that Messi has gone, but surely Coutinho has had enough of Camp Nou.

Real Madrid are no strangers to spending a lot of money on a player who flops, and their €60m outlay on Jovic in 2019 saw him score twice in 33 games. He netted four in 18 after rejoining old club Frankfurt on loan last season, but despite the fact that Madrid have no backup to Karim Benzema up front, Jovic is likely to move on again. Inter Milan and West Ham have both been linked with loan moves for the Serbia international, who really needs to put his Bernabeu nightmare behind him.

Having penned an incredible NINE-year contract back in 2017, Saul was always going to struggle to force an exit if his career plans changed. This summer it appears he wants to leave LaLiga’s champions after falling out of favour under Diego Simeone, but Atletico are sticking to their guns and requesting over €50m to make it happen. Sources told ESPN that Barcelona briefly explored a swap deal with Antoine Griezmann before talks collapsed, while Premier League giants Man United and Liverpool have been repeatedly linked with a move for the midfielder.

Bayern have been excellent at snapping up players on free transfers in recent years (Leon Goretzka and Robert Lewandowski for example) but after losing David Alaba for nothing to Real Madrid this summer, they might see Tolisso do the same next year when his contract expires. The 27-year-old midfielder doesn’t seem to have a future in Munich but reportedly wants to see out his contract and assess his options. A swap or loan deal could still be on the cards before the end of the window, but only if it suits player and club.

Brandt is one of those players who seems like he’s been around for ages, but is still only 25. However, having signed for Dortmund for €25m in 2019 from Bayer Leverkusen, his career hasn’t hit the heights he might have expected as he has been overshadowed by young talent like Gio Reyna, Erling Haaland and Jude Bellingham. He has still notched up over 40 games a season at Dortmund, but has been linked with Milan and Arsenal as questions over his future continue.

Craig Burley and Steve Nicol discuss Erling Haaland’s possible decision to transfer from Borussia Dortmund to another club after displaying frustration with the team.

With two goals in three games so far this season, Icardi’s future seemed set. But after PSG’s signing of Lionel Messi, suddenly it looks like the lesser of the two Argentina internationals may move on. The former Inter Milan striker has always attracted attention for his off-pitch lifestyle with wife and agent Wanda Nara, but a return to Italy has been mooted for some time. Juventus are reportedly keen to bring him in on loan, and that may help PSG’s efforts to lower their wage bill after their Messi move.

One of the reasons Juve are reportedly looking at Icardi is doubts over the future of Dybala. The Argentina striker has seemingly been in contract negotiations for months as his deal expires in 2022, with various moves to Tottenham, Man United, Barcelona and Man City all speculated about in the past few years. His class is clear, with 100 goals in 254 games since joining Juve in 2015, but the fact that he hasn’t been able to easily agree to new terms after spending six years at the club may point to a larger issue. If he gets star billing when Cristiano Ronaldo departs, perhaps that’s enough to persuade him to stay?

What a strange career Sanchez has had. After his European breakthrough with Udinese, he flopped at Barcelona. Then after reigniting his career at Arsenal, he became one of the worst signings in Premier League history at Man United. Now he is approaching something like his old form at Serie A champions Inter Milan, the club are in a financial crisis and having to move on all their best players. Most recently linked with a move to Napoli, staying in Italy seems the best bet for the 32-year-old winger’s career. 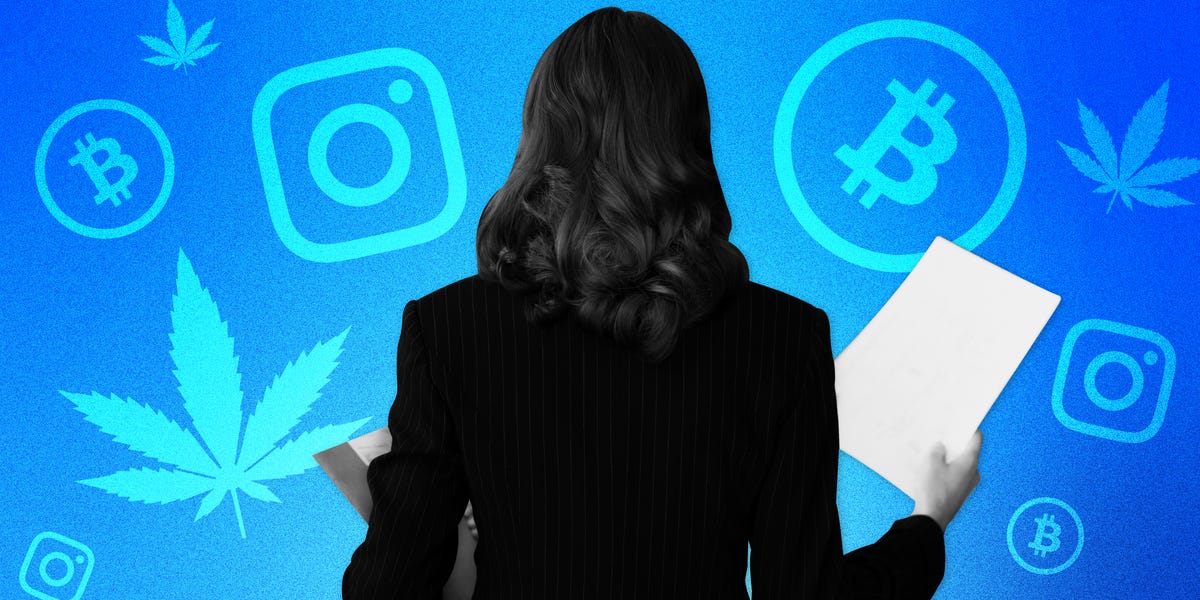 The lawyers making money behind the scenes of emerging fields like crypto, cannabis, and real estate tech
8 seconds ago

The lawyers making money behind the scenes of emerging fields like crypto, cannabis, and real estate tech 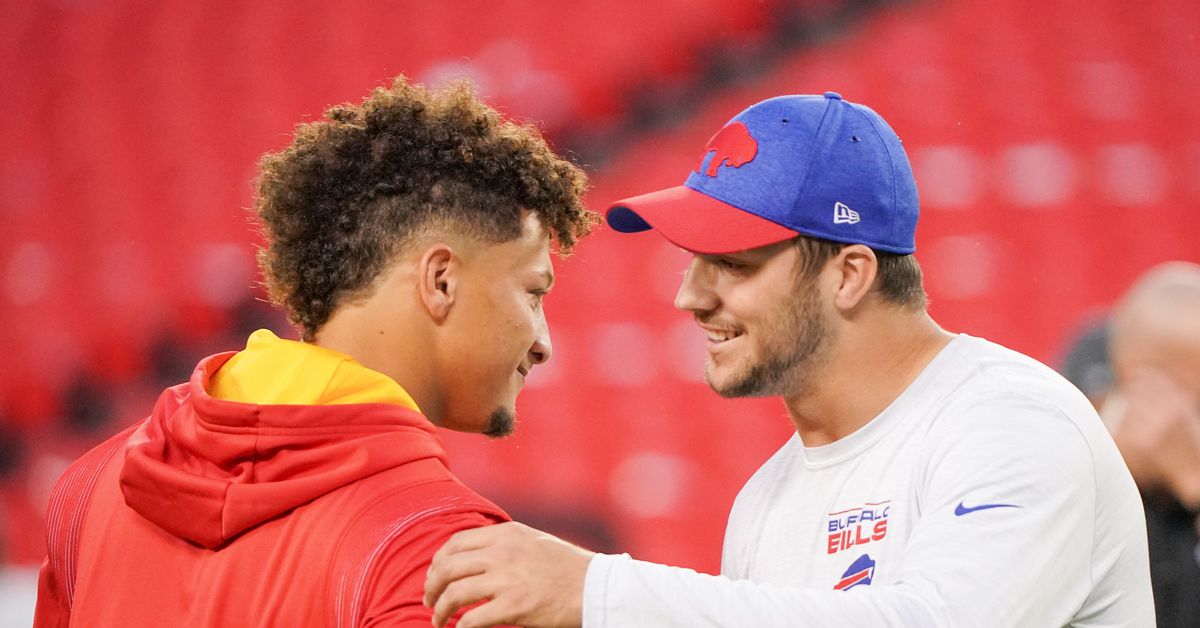 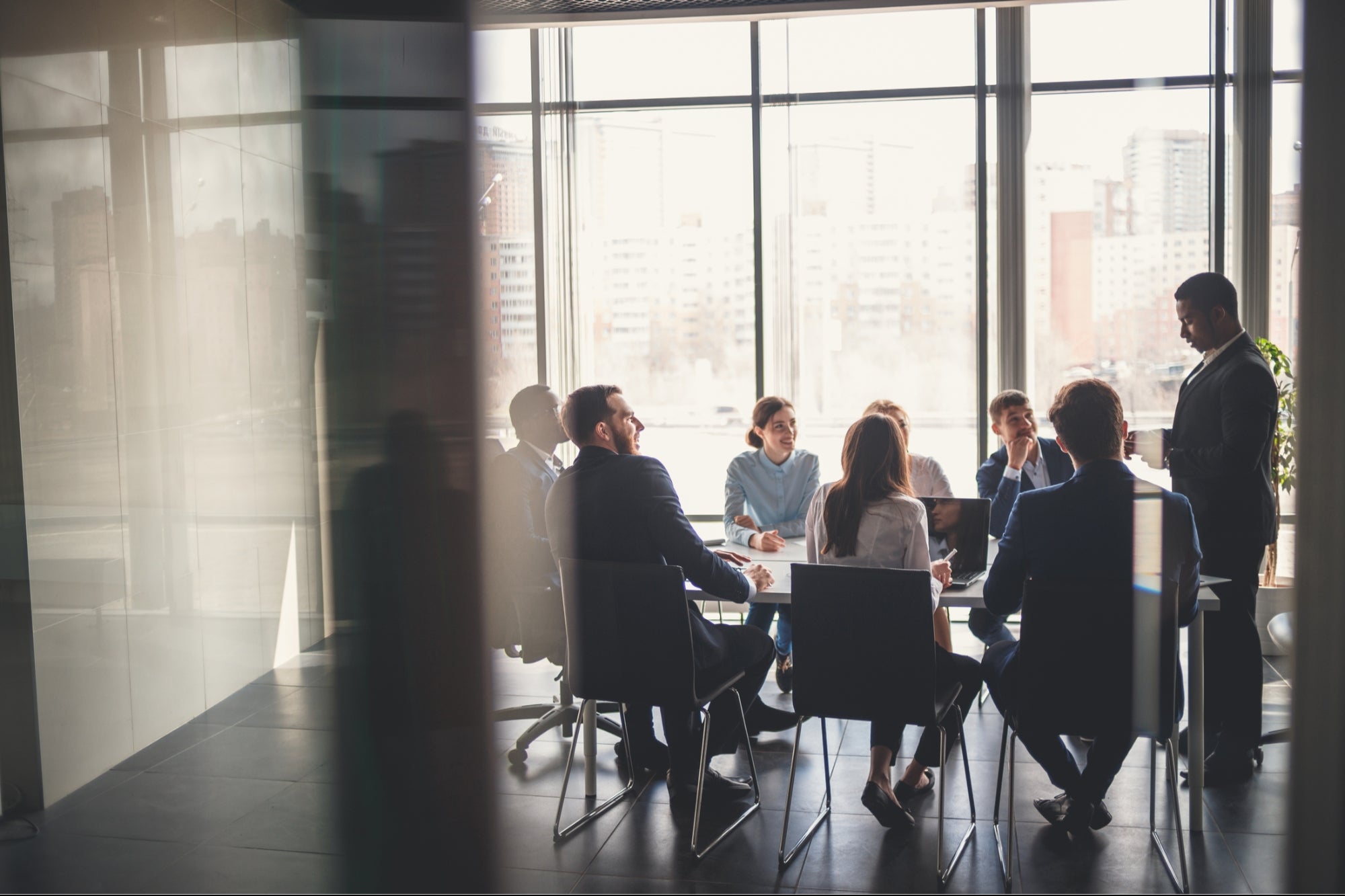 The Power of Purpose: How a Mandatory Staff Meeting Brought My Team Closer Than Ever Before
6 mins ago

The Power of Purpose: How a Mandatory Staff Meeting Brought My Team Closer Than Ever Before