Matter in the hearts of neutron stars ­– dense remnants of exploded massive stars – takes the most extreme form we can measure. Now, thanks to data from NASA’s Neutron star Interior Composition Explorer (NICER), an X-ray telescope on the International Space Station, scientists have discovered that this mysterious matter is less squeezable than some physicists predicted.

The finding is based on NICER’s observations of PSR J0740+6620 (J0740 for short), the most massive known neutron star, which lies over 3,600 light-years away in the northern constellation Camelopardalis. J0740 is in a binary star system with a white dwarf, the cooling remnant of a Sun-like star, and rotates 346 times per second. Previous observations place the neutron star’s mass at about 2.1 times the Sun’s.

“We’re surrounded by normal matter, the stuff of our everyday experience, but there’s much we don’t know about how matter behaves, and how it is transformed, under extreme conditions,” said Zaven Arzoumanian, the NICER science lead at NASA’s Goddard Space Flight Center in Greenbelt, Maryland. “By measuring the sizes and masses of neutron stars with NICER, we are exploring matter on the verge of imploding into a black hole. Once that happens, we can no longer study matter because it’s hidden by the black hole’s event horizon.”

Arzoumanian and members of the NICER team presented their findings on Saturday, April 17, at a virtual meeting of the American Physical Society, and papers describing the findings and their implications are now undergoing scientific review.

Watch how NASA’s Neutron star Interior Composition Explorer (NICER) is helping physicists peer into the hearts of neutron stars, the remains of massive stars that exploded in supernovae. Scientists want to explore the nature of matter inside these objects, where it exists on the verge of collapsing into black holes. To do so, scientists need precise measurements of neutron stars’ masses and sizes, which NICER and other efforts are now making possible. Credit: NASA’s Goddard Space Flight Center

At the end of its life, a star many times heavier than the Sun runs out of fuel in its core, collapses under its own weight, and bursts into a supernova. The heaviest of these exploding stars leave behind black holes. Lighter ones birth neutron stars, which pack more mass than the Sun into a sphere about as wide as New York City’s Manhattan Island is long.

Scientists think neutron stars are layered. At the surface, a thin atmosphere of hydrogen or helium atoms rests on a solid crust of heavier atoms. In the crust, the rapid increase in pressure strips electrons from atomic nuclei. Deeper down, in the outer core, the nuclei split into neutrons and protons. The immense pressure crushes together protons and electrons to form a sea of mostly neutrons that are eventually packed together at up to twice the density of an atomic nucleus. But what form does matter take in the inner core? Is it neutrons all the way down, or do the neutrons break into their own constituent parts, called quarks?

Physicists have been asking this question since Walter Baade and Fritz Zwicky proposed the existence of neutron stars in 1934. To answer it, astronomers need precise measurements of both the sizes and masses of these objects. This allows them to calculate the relationship between pressure and density in the star’s inner core and evaluate matter’s ultimate squeezability.

In traditional models of a typical neutron star, one with about 1.4 times the Sun’s mass, physicists expect the inner core to be mostly filled with neutrons. The lower density ensures that neutrons remain far enough apart to stay intact, and this inner stiffness results in a larger star.

In more massive neutron stars like J0740, the inner core’s density is much higher, crushing the neutrons closer together. It’s unclear whether neutrons can remain intact under these conditions or if they instead break down into quarks. Theorists suspect they shatter under the pressure, but many questions about the details remain. To get answers, scientists need a precise size measurement for a massive neutron star. A smaller star would favor scenarios where quarks roam freely at the innermost depths because the tinier particles can be packed more closely. A larger star would suggest the presence of more complex forms of matter.

A neutron star’s gravity warps nearby space-time, like a bowling ball resting on a trampoline. The distortion is strong enough that it redirects light from the star’s far side toward us, which makes the star look bigger than it really is. Credit: NASA’s Goddard Space Flight Center/Chris Smith (USRA/GESTAR)

To get the precise measurements needed, NICER observes rapidly rotating neutron stars called pulsars, discovered in 1967 by Jocelyn Bell Burnell. Bright, X-ray-emitting hot spots form on the surfaces of these objects. As pulsars rotate, their spots spin in and out of view like the beams of a lighthouse, producing regular variations in their X-ray brightness.

But pulsars are also so dense that their gravity warps nearby space-time, like a bowling ball resting on a trampoline. This distortion is strong enough that it causes light from the star’s far side – light we otherwise could not detect – to be redirected toward us, which makes the pulsar look bigger than it really is. The same mass in a smaller package produces greater distortion. This effect can be so intense that it may prevent the hot spots from disappearing completely as they rotate around the pulsar.

Scientists can take advantage of these effects because NICER measures the arrival of each X-ray to better than 100 nanoseconds. By tracking how the pulsar’s X-ray brightness varies as it spins, scientists can reconstruct how much it distorts space-time. Since they know its mass, they can translate this distortion into a size.

Two teams used different approaches to model J0740’s size. A group led by Thomas Riley and Anna Watts – a postdoctoral researcher and a professor of astrophysics at the University of Amsterdam, respectively – estimate that the pulsar is around 15.4 miles (24.8 kilometers) across. A team led by Cole Miller, a professor of astronomy at the University of Maryland, College Park, found J0740 to be around 17 miles (27.4 kilometers) wide. The two results overlap significantly within their uncertainties, ranging from 14.2 to 17 miles (22.8 to 27.4 kilometers) and 15.2 to 20.2 miles (24.4 to 32.6 kilometers), respectively.

In addition to NICER data, both groups also included X-ray observations from the European Space Agency’s XMM-Newton satellite that were helpful in accounting for background noise. J0740’s mass was previously determined by radio measurements made by scientists from the North American Nanohertz Observatory for Gravitational Waves and Canadian Hydrogen Intensity Mapping Experiment collaborations.

“Our new measurements of J0740 show that even though it’s almost 50% more massive than J0030, it’s essentially the same size,” Watts said. “That challenges some of the more squeezable models of neutron star cores, including versions where the interior is just a sea of quarks. J0740’s size and mass also pose problems for some less squeezable models containing only neutrons and protons.”

Recent theoretical models propose some alternatives, such as inner cores containing a mix of neutrons, protons, and exotic matter made of quarks or new combinations of quarks. But all possibilities will need to be reevaluated in the context of this new information from NICER.

“J0740’s size has us theorists baffled and excited,” said Sanjay Reddy, a professor of physics at the University of Washington who studies matter under extreme conditions but was not involved in the finding. “NICER’s measurements, combined with other multimessenger observations, seem to support the idea that pressure increases rapidly in massive neutron star cores. While this disfavors transitions to more squeezable forms of matter in the core, its implications are yet to be fully understood.”

Miller’s team also determined how well scientists can estimate the size of a pulsar, using NICER’s J0740 and J0030 measurements to supplement existing information from other heavy pulsars and gravitational wave events, space-time ripples generated by the collisions of massive objects like neutron stars and black holes.

“We now know the radius of a standard neutron star, with 1.4 times the Sun’s mass, within an uncertainty of 5%,” Miller said. “That’s like knowing the size of Washington, D.C., to within about a quarter mile. NICER is not only rewriting the textbooks on neutron stars, but also revolutionizing our confidence in our measurements of objects that are both very distant and very small.”

In addition to testing matter’s limits, neutron stars also offer a new means of exploring the vast reaches of space. In 2018, a team of scientists and NASA engineers used NICER to demonstrate, for the first time, fully autonomous navigation in space using pulsars, which could revolutionize our ability to pilot robotic spacecraft to the far reaches of the solar system and beyond.

“NICER was a great crewmate,” said NASA astronaut Christina Koch, who served as a flight engineer on the space station from March 2019 to February 2020, setting the record for the longest single spaceflight by a woman. “The mission exemplifies all the best aspects of station research. It’s groundbreaking fundamental science, space science, and technological innovation, all enabled by the unique environment and platform of an orbiting laboratory.”

The NLRB alleges that Apple “discriminated against employees” trying to unionize 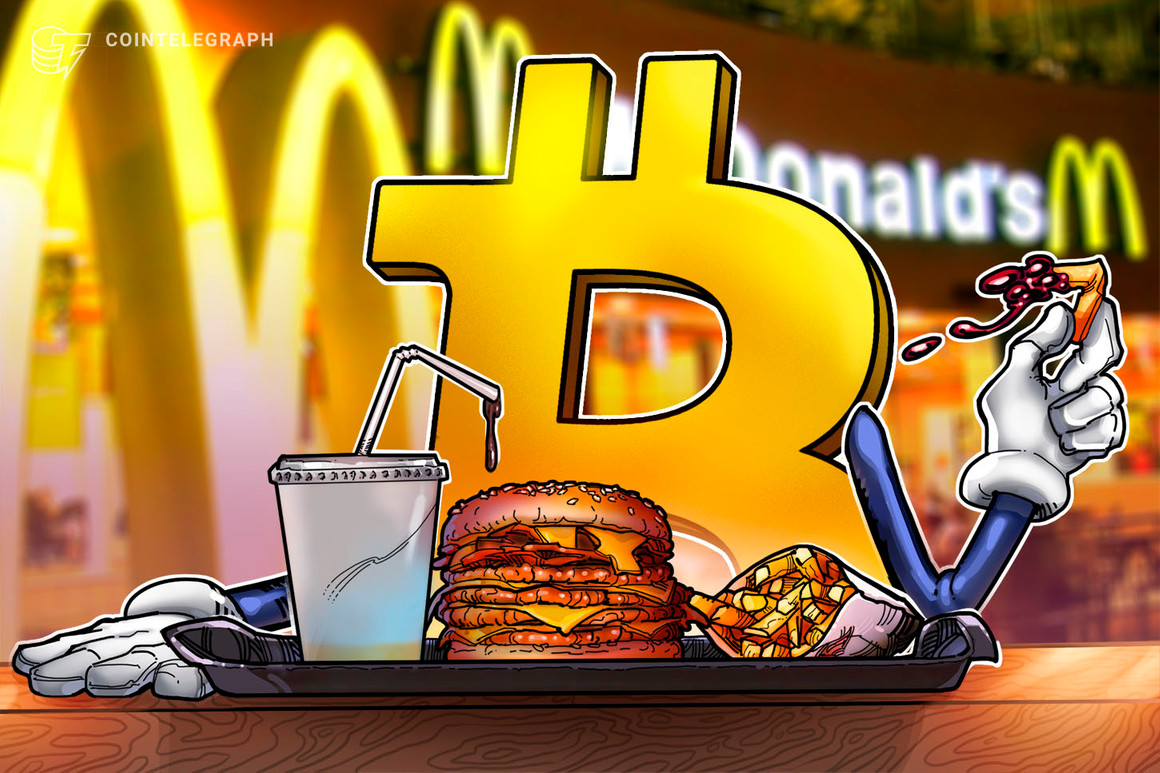 McDonald’s starts to accept Bitcoin and Tether in Swiss town 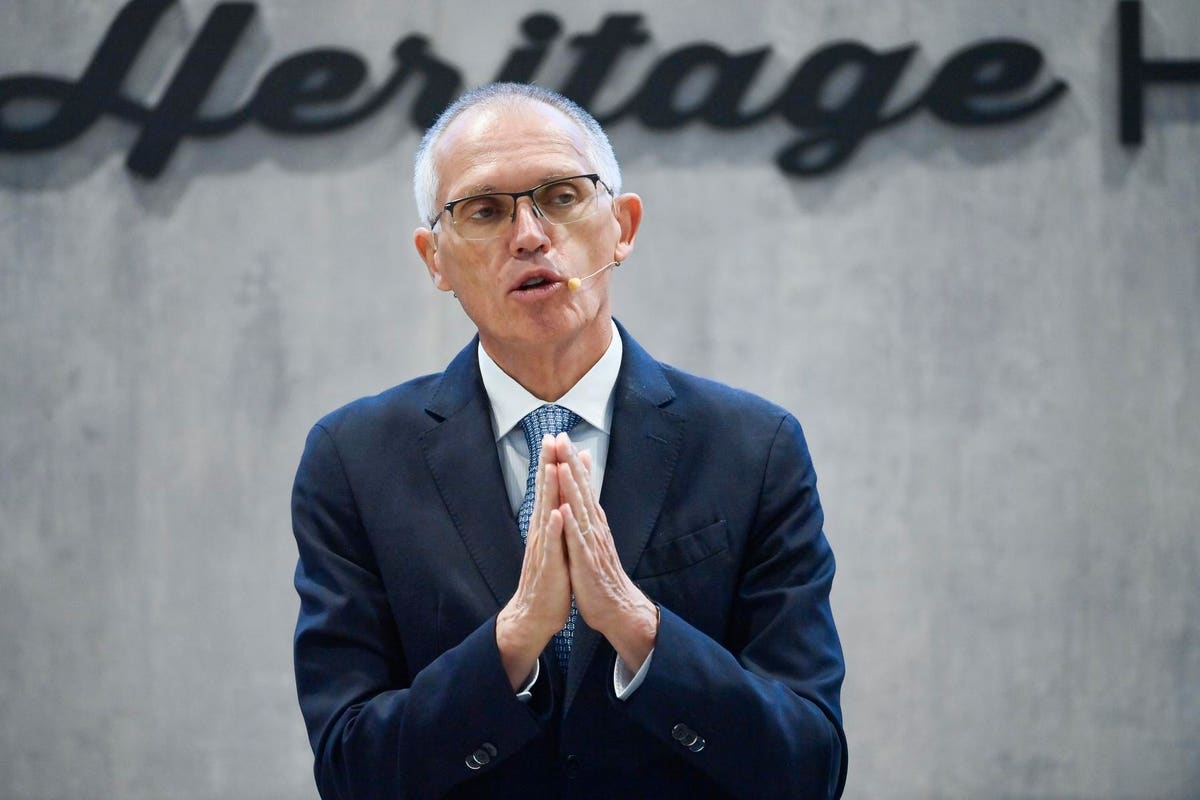 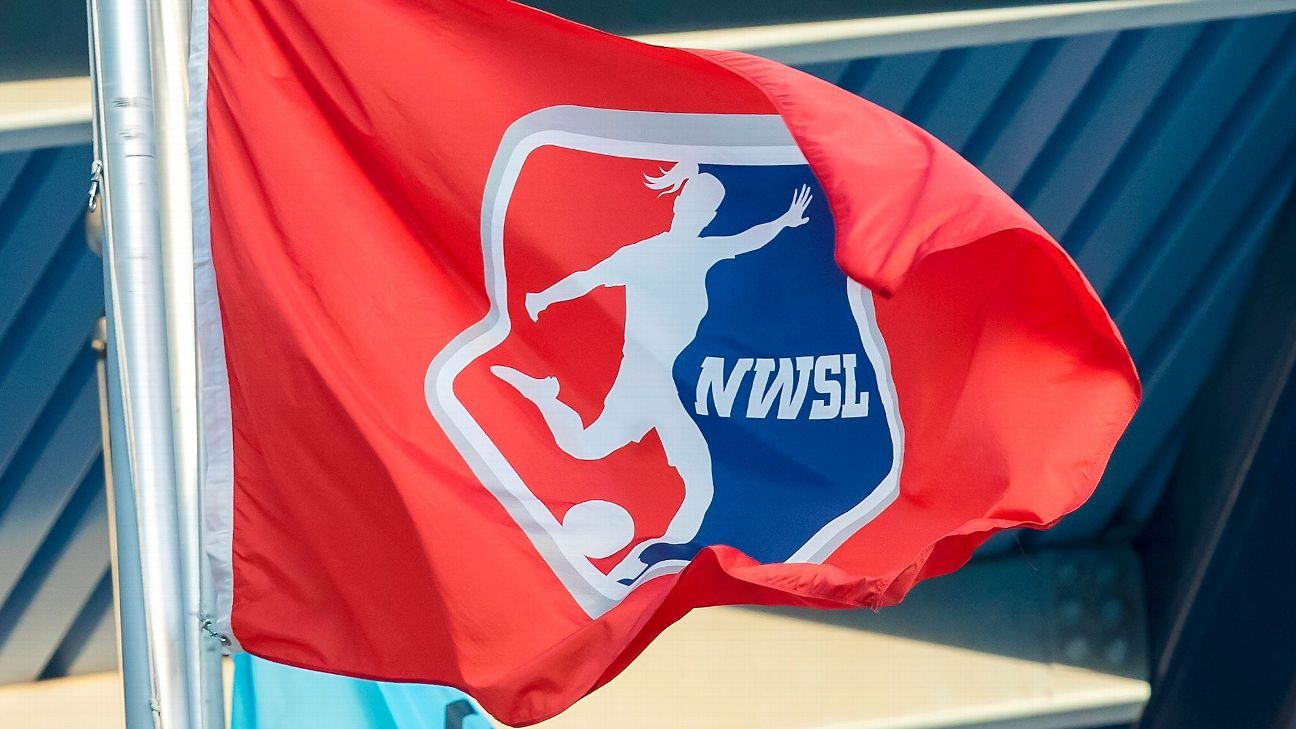